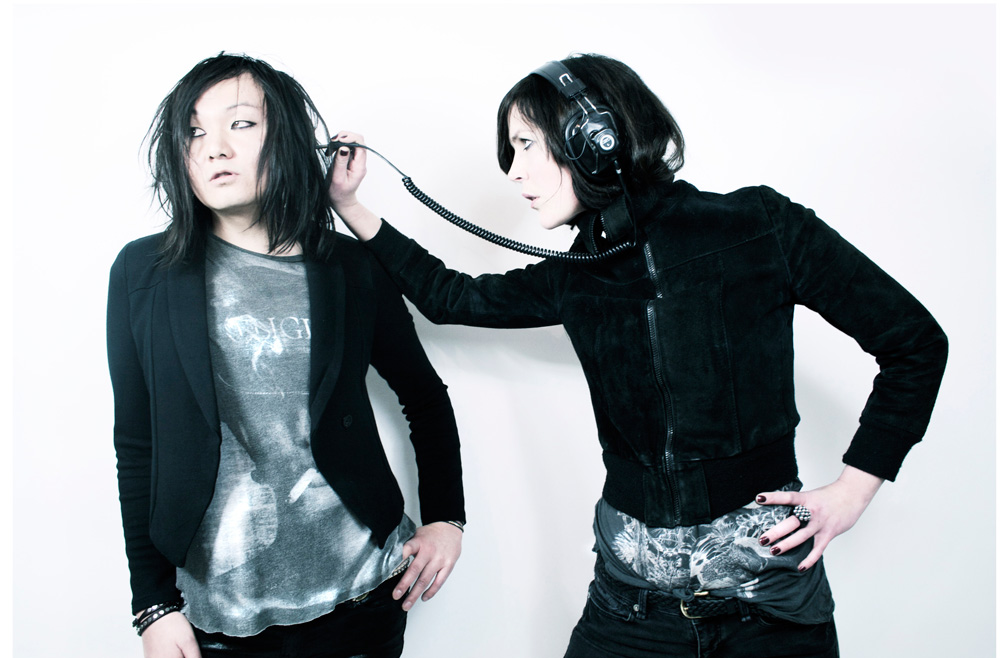 Hypnotic post industrial beats, a relentless guitar riff  combined with nods to The Velvets & Nico, Einsturzende Neubauten and the Mary Chain is pretty much guaranteed to get our toes a- tapping here at VP towers.  Deathline’s new single  “Ten of Clubs” is a mesmeric slice of post punk, electro-nugaze, that is  both sexy and  sinister with Jenni Werlemar’s  cool as fuck, distorted nonchalant vocals resembling a  female Mark E.Smith.  “Ten Of Clubs” sounds like a confrontation and a seduction, a megaphoned rock noir call to arms to snap the nation from it’s apathy and inertia, one which drives its way into your consciousness and scrambles your head for two minutes and thirty three glorious seconds.

Deathline are Jennie Werlemar (Vocals/Bass)  and Kaoru Sato (Guitar/Programming) their debut album Sixty-Nine was self-released in  2009.  After extensive tours of Europe and the US thye returned to the studio to pursue a darker and heavier path which led them to recoding new material with Josiah Mazzaschi (whose credits include Smashing Pumpkins/Built to Spill/Rilo Kiley).