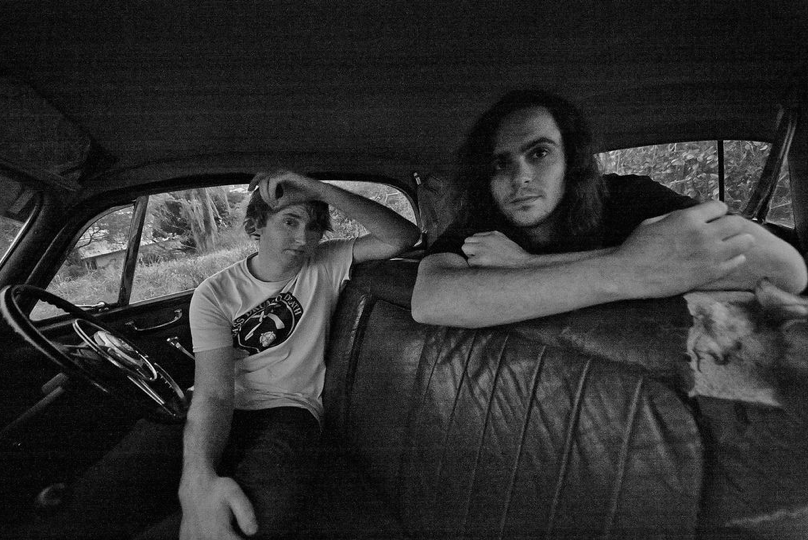 If guitar music is supposed to be dying,  we’ve yet to hear it’s death-rattle and besides nobody appears to have told DZ Deathrays.   ‘Gina Works at Hearts’ is the second tune to emerge from their forthcoming Album ‘Black Rat’ and sees them back in fully attack mode after the slightly less frenzied, but equally impressive ‘Northern Lights.‘

The furious pace and raw swagger is still in evidence, as incendiary guitars fizz and swirl like agitated wasps around a classic Ramones-esque NYC 70’s punk melody minus the bubblegum.  ‘Gina Works at Hearts’ has the assured sound of a band who are ready to step up to the plate and take a huge step forward.  The duo from Brisbane could well be on the cusp of not just being a very very good band, but a great one. We hope to catch the mayhem at this years Liverpool Soundcity.

DZ Deathrays are on tour throughout March and April.