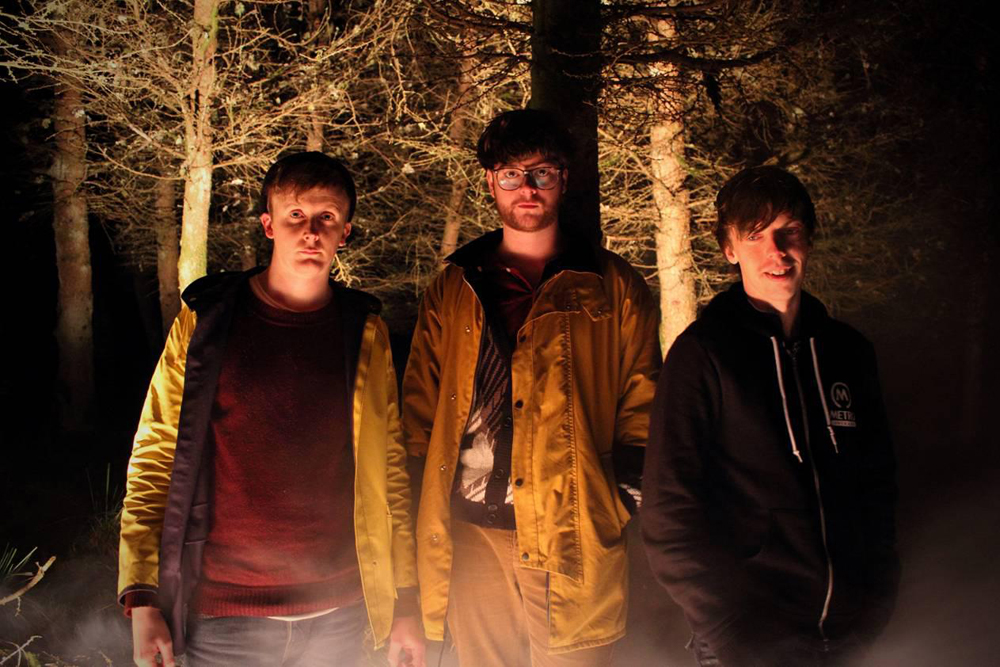 Glasgow based Errors formed in 2004 and quickly caught the attention of John Peel favourites Mogwai who signed them to their label Rock Action Records. Since then Errors have released no fewer than eight singles, two EPs and three albums. Hitting their stride in 2011, the band were invited performers at primo musical festival South by Southwest (SXSW) and their third album, Have Some Faith In Magic drew noteworthy acclaim, with reviewers affirming Errors are a band hitting their peak; no mean feat considering a lot of bands are not given such time to develop these days in an industry constantly looking for the next big thing.

Surfing on a huge wave of praise, Errors are gearing up to release a mini-album entitled New Relics with this sample track available on their soundcloud . Considering the band are described as “post-electro” – whatever the fuck that means – ‘Relics’ starts off with an arpeggio of celestial synthesizers and processed beats, affirming this is about as “Electro” as you can get, it almost sounds like the thought process of the great John Carpenter. However, what really defines the track is the ethereal vocals from Bek Olivia of Edinburgh based band Magic Eye. Olivia lays a melody that drifts in and out, her alluring wail allows the dystopian elements of the music to stir in the background, hitting euphoric peaks at various points making this a track that must be listened to over and over just to take it all in. Errors have achieved sublimity with ‘Relics’ and it makes the wait for the mini-album almost insufferable. We’re taking our solace in the fact as well as this forthcoming release, Errors will embark on a UK tour in October and their website promises more exciting news.

For now, we do know that Errors plan to release New Relics on CD, 12”, MP3 and VHS. The VHS will be limited to a run of 200 copies and will see the band joining forces with a host of visual artists including Rachel Maclean – the visionary behind their brilliant ‘Pleasure Palaces’ video. We’re just excited by the fact as a band that have been on and off our radar throughout the years wading through a plethora of blips and beeps, Errors are now a band definitely discovering their potential as artists.
WEBSITE – www.weareerrors.com