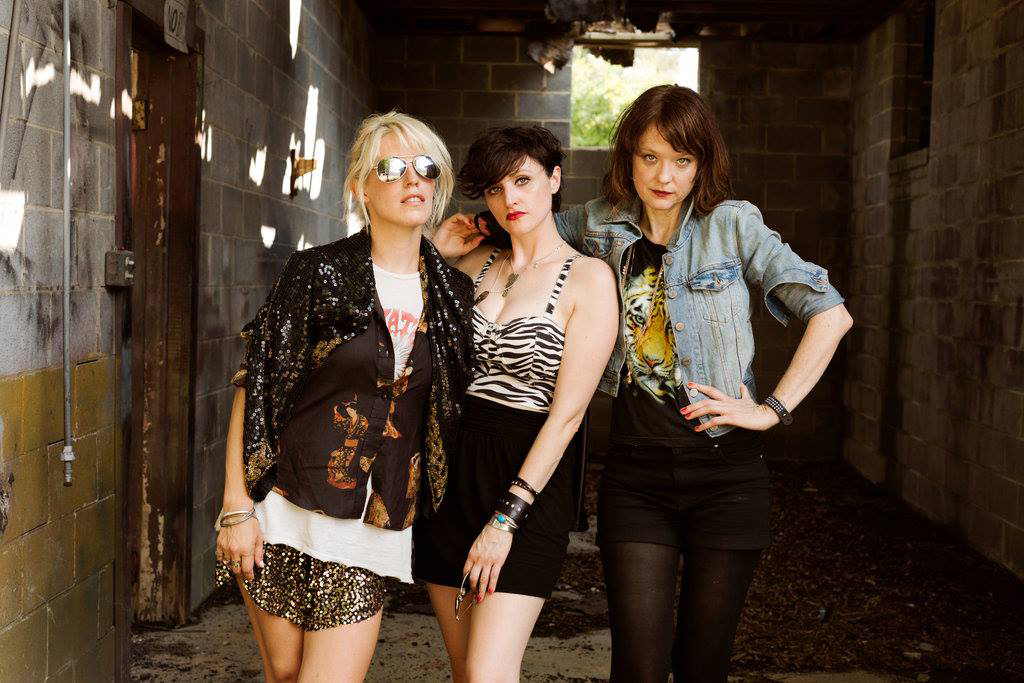 Ex Hex is Mary Timony of Helium and Wild Flag’s new musical project alongside Fire Tapes bassist Betsy Wright, and The Aquarium drummer Laura Harris.  The band who take their name from Mary’s 2005 solo album play a fizzing mix of melodic blues tinged rock n’ roll fused with a defiant punked up riot grrrl snarl.  It’s the third tune Ex Hex have released online to date, following hot on the heels of ‘Hot and Cold’ (our fave so far – see below) and ‘Don’t Wanna Loose’, and whilst ‘Beast’ may not necessarily be reinventing the wheel, (and who really wants a reinvented wheel?) it certainly packs a punch and whets the appetite in anticipation of the trios début album ‘Rips’ which is due out on Merge Records on October 13th.