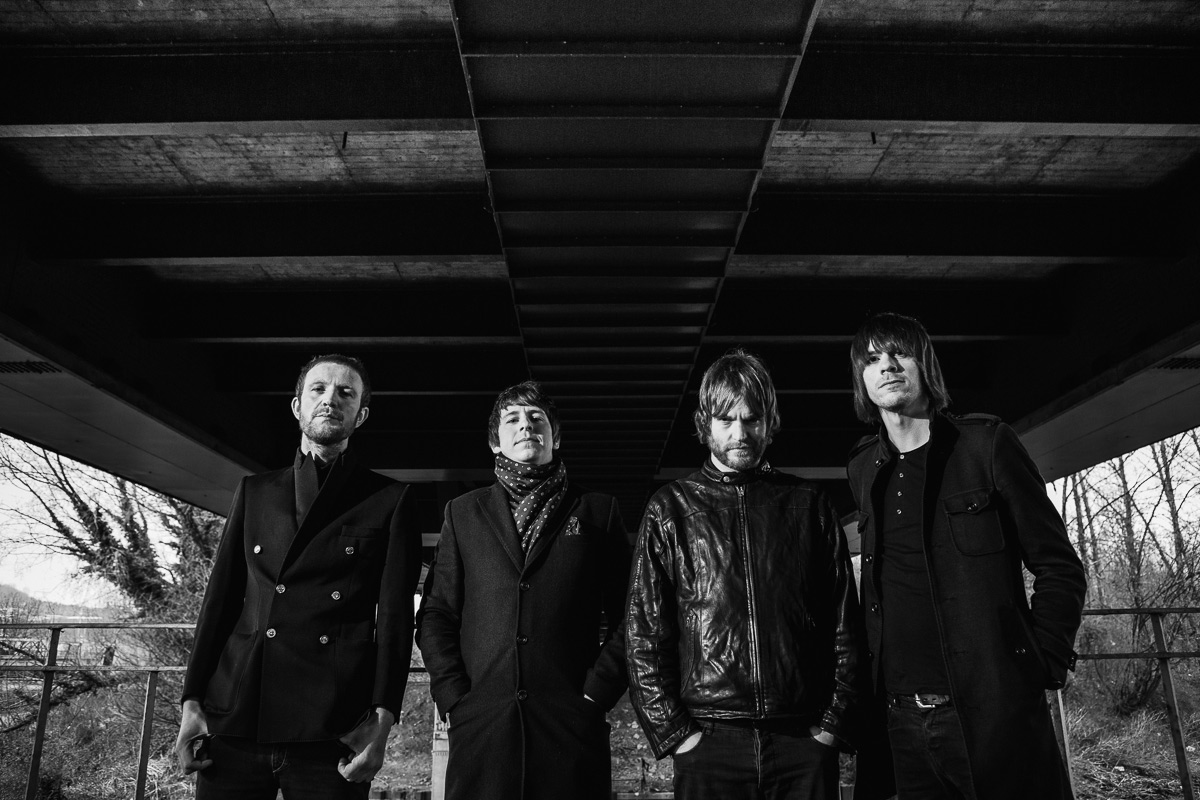 Exit Calm’s self-titled 2010 album garnered high praise indeed with perhaps our favourite comment coming from Todd Eckhart (producer of the excellent Ian Curtis biopic ‘Control’) who said of the band “Pure Genius … and the avoidance of all that whiny, sexless bullshit passing for rebellion at the moment.”  Mani of the Stone Roses/Primal Scream was rather more to the point describing Exit Calm as “makers of proper f*cking music.”

After two years spent writing and recording, Exit Calm are back with a new single ‘The Rapture’ a huge soaring beast of a song that’s more Bunnymen meets Black Rebel Motorcycle Club rather than sounding anything remotely like that fatuous little arena dwelling, tax evading gnome, Bono.  A big bollocked stadium sized anthem that manages to be genuinely uplifting without being euphuistic or overbearing.

We also have an exclusive remix of the song from Deep Cut (Mat Flint & Ian Button, Revolver/ Death in Vegas,) giving the song the full on ‘Screamadelica’ treatment. You can grab it  below as a free download.

“The Rapture” will be out on limited heavyweight yellow or green vinyl 7″ on the Club AC30 imprint, February 18th.