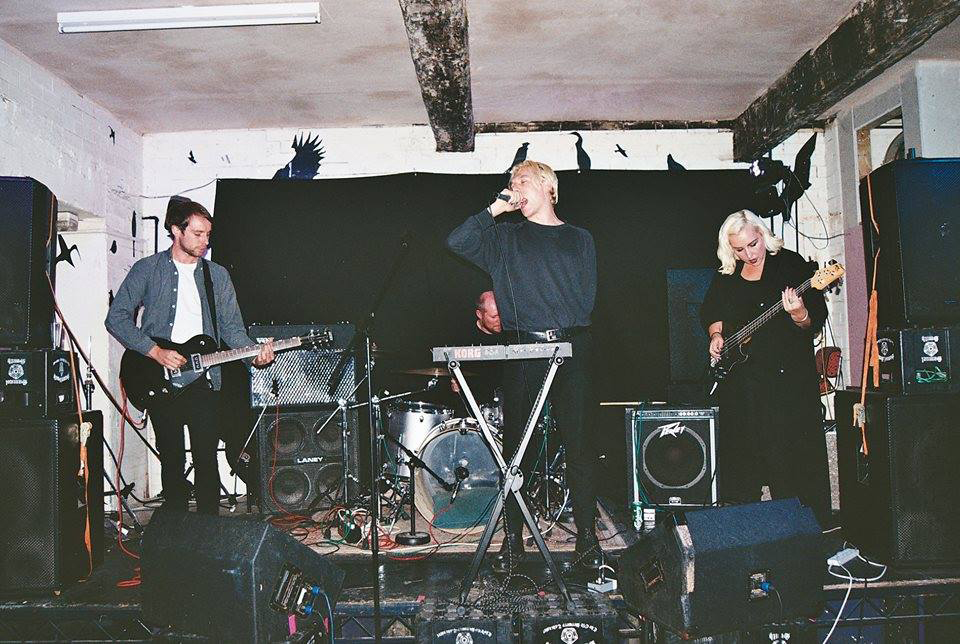 FEHM have been together for just under a year and they already sound mightily pissed off – but not in a slacker – ‘can’t be arsed’ kind of way.  Their sound has a tangible visceral sense of righteous anger and simmering fury.  Their songs, we are told are based around themes of desperation, unemployment, anxiety and the urban decay of 21st century Britain, all of which will be showcased on their forthcoming debut EP Animal Skin, released this April.

As well as post punk angst, surfing a wave of choppy guitars and dystopian synths there’s also a brooding sense of gothic menace on lead track ‘Hand To Mouth.’  Imagine perhaps Bauhaus minus the pretension, theatricality and ill-advised trousers.  The key to the band’s sound is the  strident stentorian vocals and savage delivery of frontman Paul Riddle, which on occasion conjure up the spectre of Curtis/ Eldritch and Coleman (Jaz, not David).

‘Hand To Mouth’ provides a compelling snapshot of the seething anger, dissatisfaction and exasperation at life in Britain during, what are now known as  ‘the austerity years.’