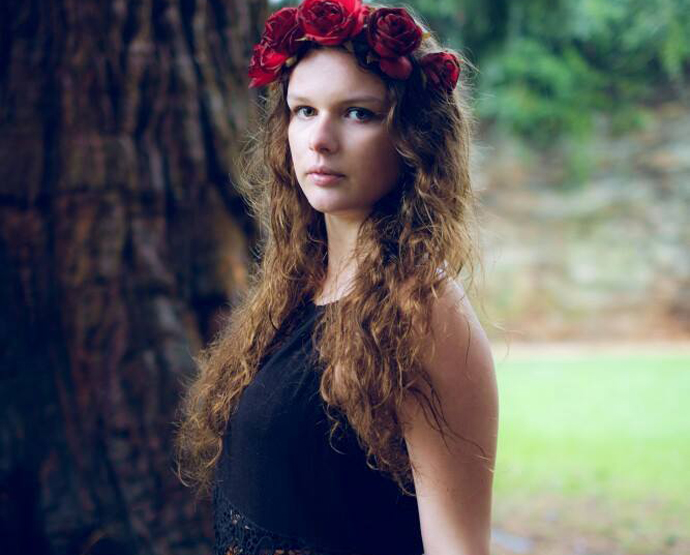 This song  popped up in our email box last week and it taught us a valuable lesson, namely never judge an artist by their stage name. Sadly being the vacant superficial charlatans we are, we must confess that as musical pseudonyms go ‘Flower Fellow’ didn’t exactly fill us with hope or expectation. In fact, we briefly had horrific visions of that ghastly gurning garden gnome Alan Titchmarsh using  ‘Flower Fellow‘ as a screen name whilst signing up for a smutty green fingered “Swingers” style dating site.  However, we clicked play and within seconds, we were rendered slack- jawed and in awe of Flower Fellow’s incredible voice.  Apparently, she’s only 17, but she sings with the sort of power and emotional depth that performers twice her age have difficulty reaching.

‘White And Blue’ has drama, passion, and genuine emotion; it’s widescreen poetic pop and it’s an incredibly accomplished debut from a young lady who claims to be in the thrall of Jeff Buckley, Jimi Hendrix, Sylvia Plath and The Doors.

Flower Fellow is actually the musical project of Colette Oliver who, if she has more songs in her musical arsenal as impressive as ‘White And Blue’ could certainly make a mark this year.  And we’ll find out more when her ‘The Rabbit EP’ – is released in May via Circus City Records