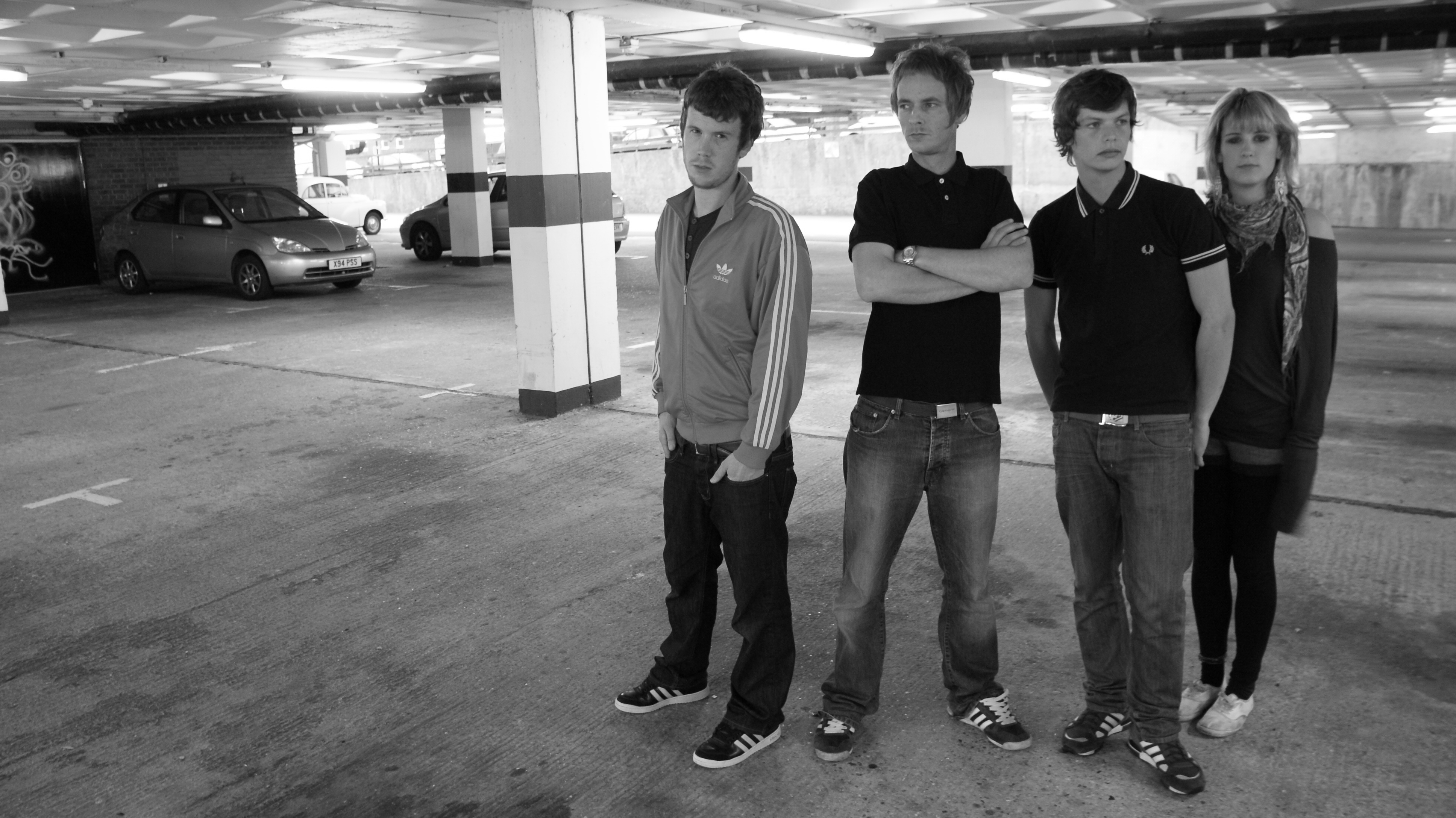 Not another band from Brighton ? Yup, there’s obviously something in the water down there as I think we’ve probably featured more bands from Brighton outside of London than any other city.

Glass Sines started out as the musical project of Tom Payne and Ian Upfold who initially started working together in 2005,  producing music via the medium of an  acoustic guitar and synthesiser. They then added a violinist and things really started motor off  in an interesting direction. Now a four piece, having  formalised their musical union  by naming themselves Glass Sines they’ve already uploaded three  outstanding songs to their soundcloud account.  Today’s track “Soaring Birds” is one that grabs you pretty much from the get go, a song that  makes your spirits soar whilst invoking a sense of freedom that makes you want to tell your boss to shove his job up his arse  as you channel  the spirit of Jimmy Stewart and roar ““I’m shaking the dust of this crummy little town off my feet and I’m gonna see the world!”

Yeah, it’s a song that’s so good it could get you sacked.

8 thoughts on “Track Of The Day – Glass Sines – “Soaring Birds””