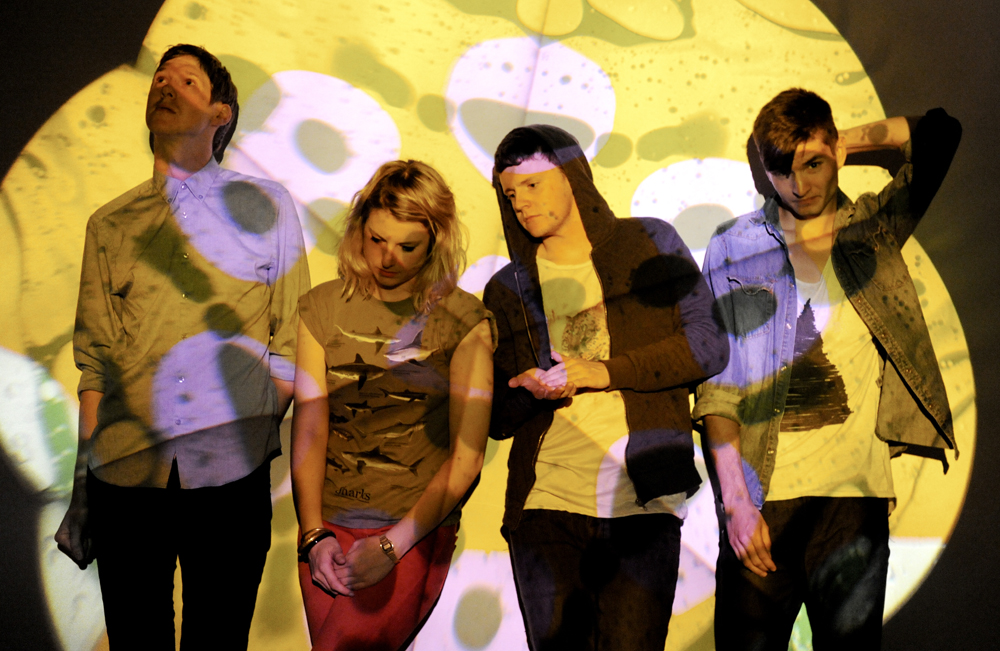 When we first featured I Am In Love back in February 2011, we didn’t really know too much about them, there were no photos, no back story….. just one song, the hypnotic, driving “Call Me An Animal.” They followed this up with the frankly rather stalkerish, but never the less extremely catchy “I Want You” and then things went quiet.  We quite logically assumed the bands singer had been arrested for his antics lurking about in grave yards and following young ladies  in the video  that accompanied the aforementioned song.

We were of course wrong and  I Am In Love have returnethed in all their glory with a new song “PALM.” A track that seems to simultaneously channel the spirit of Dave Gahan and Robert Smith, it’s dark but danceable, sinister yet sexy.  The band are also a bit more forthcoming with information about themselves these days too, if they were a political entity they would doubtless say they were “embracing the spirit of openness and transparency” ;).   They comprise of four boys and one girl and all hail from Leicestershire, the like the Cure (yaaay) and Freddie Mercury (booo) and their collective moniker comes from the fact that the bands singer is very much  in love.  Following that logic my other half suggested if I were to form a band I should probably call it “I Am Annoying” – who said romance was dead ?  Anyway “PALM” was recorded and produced by the band themselves and is released on Velocity Sounds Records. Enjoy.