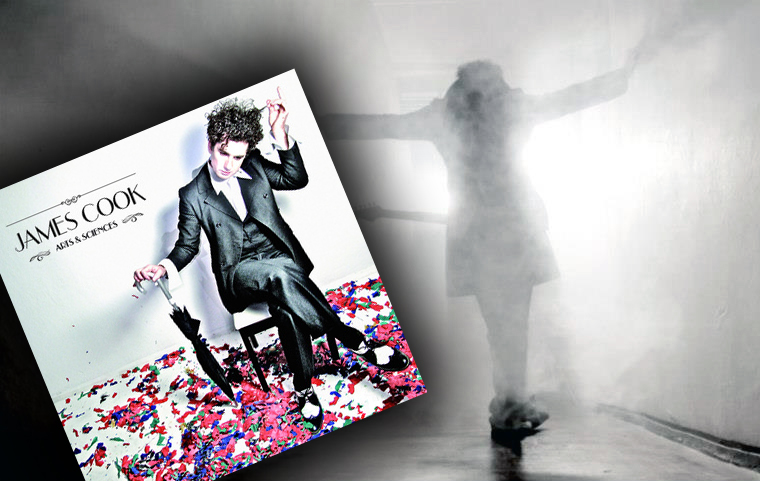 Well Great Britain has apparently found new heroes during an unpredicted summer of sport, and we admit that despite our initial cynicism there were certainly moments when our own blackened heart was somewhat uplifted.  None of them however involved the national idiot savant, Boris Johnson.  However, it’s back to reality and maybe it’s time we as a nation woke up told Simon Cowell to fuck right off and used our new found confidence to find ourselves some new musical heroes too.

We’d suggest that James Cook could well fit the bill, and our track of the day and video exclusive  is the title track from his forthcoming album “Arts and Sciences.”  With whip smart lyrics awash with pop culture references ‘Arts and Sciences’ initially comes across as Billy Bragg meets Soft Cell, a kind of ‘Chips on My Shoulder‘ meets ‘Wishing the Days Away.’

The album is released on 26th September and showcases Cooks eclectic mix of baroque chamber pop, incisive lyrical word play and danceable synth pop to produce a collection of  tunes that posses depth and intelligence.