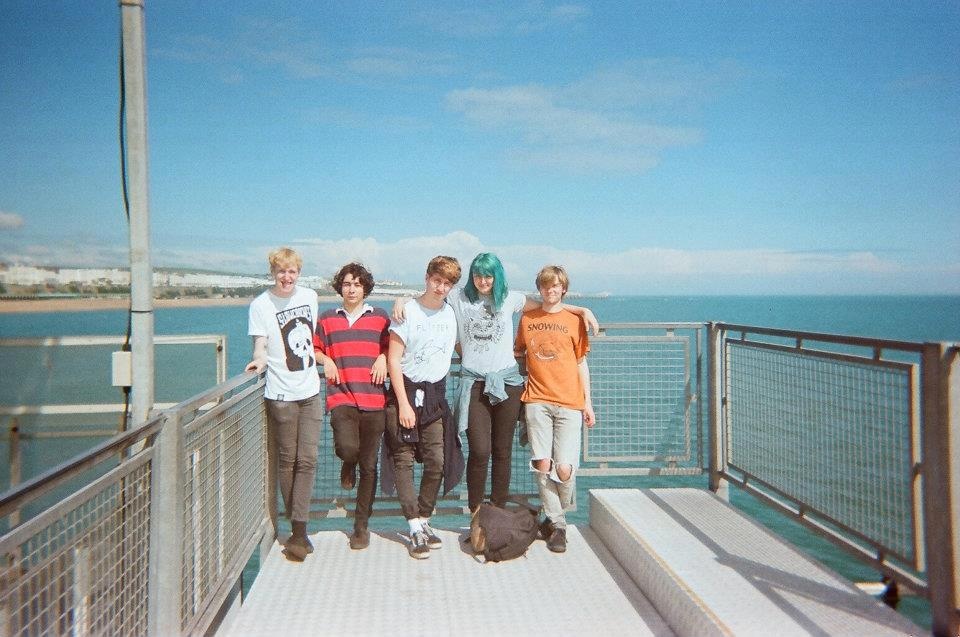 What’s in a name?  Well despite people whose opinions we respect and whose taste we implicitly trust insisting we’d simply love Cardiff noisepop five-piece Joanna Gruesome we foolishly refused to engage.  Rather preposterously, this was due in no small part to their collective name; it rather did put us off if we’re being completely honest.  The whole recent craze for horribly self-conscious ironic pun-tastic names (Joy Orbison, Com Truise, Shitney Squeers etc), left us rather cold with our ribs distinctly untickled.

Therefore, having made an effort and actually listened to Joanna Gruesome’s music in the form of their début album ‘Weird Sister’ we’d like to apologise.  Why?  Well put simply because we’ve concluded that any band who contrive to produce such a glorious noise can call themselves whatever the fuck they like!  ‘Weird Sister’ mixes the melodic jangle of C86, with grungy Riot Grrl snarl and the sonic fury of the likes of Dinosaur Jr to produce a quite wonderful cocktail of attitude, melody, noise and fury.  The fact that the band tackle weighty issues such as sexism, homophobia and fuckwittery with wry, waspish intelligence only adds to our burgeoning  sense of shame when we reflect that we allowed something as superficial as an aversion to a band name to become a barrier to listening.  We can only hope in time they may find it in their hearts to forgive us :cry:

Their latest single ‘Sugarcrush’ succinctly encapsulates the bands melodic explosive exuberance perfectly and really should have you salivating at the prospect of listening to the entire album.