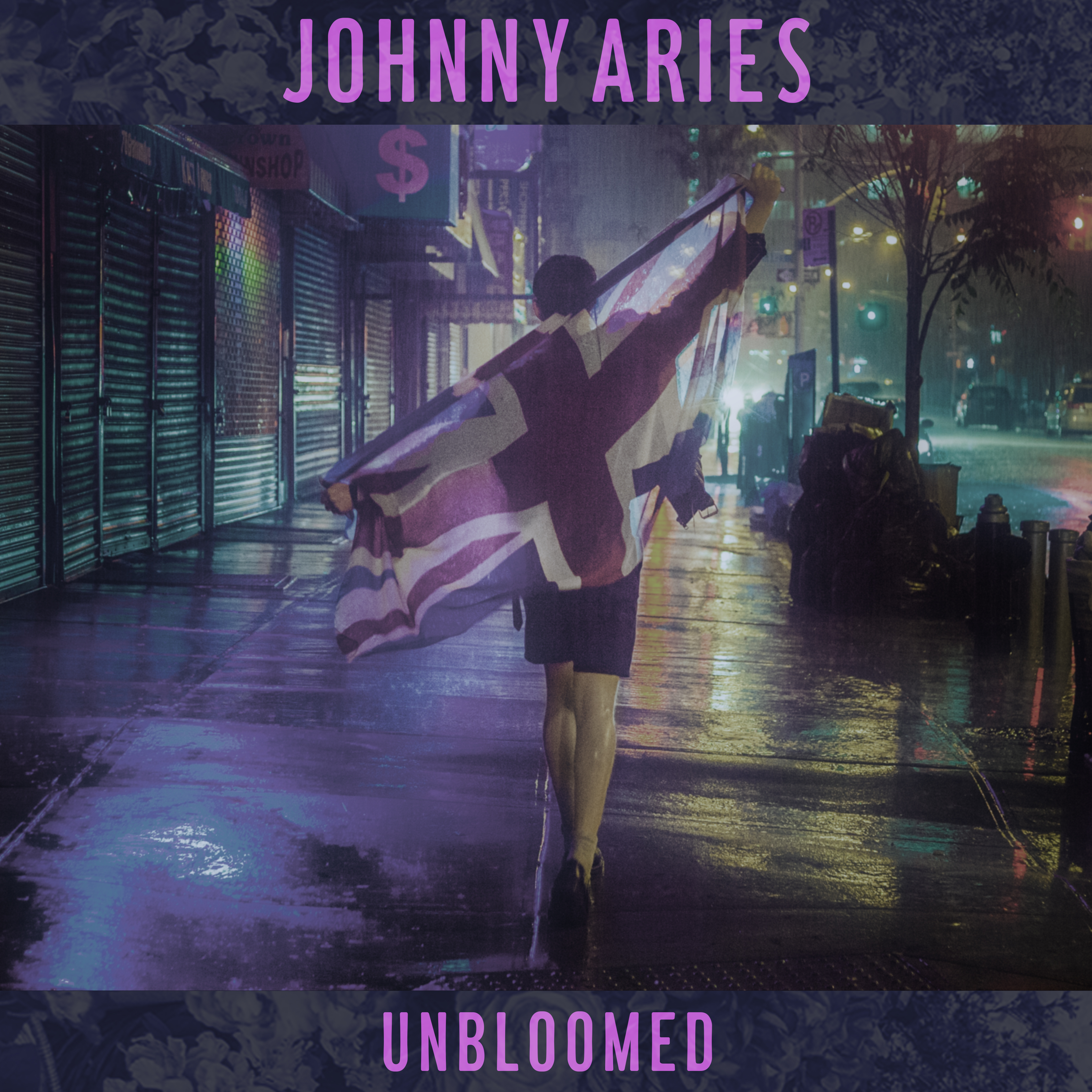 “Danger’s my middle name” well actually it was his last name…In a former life Drums guitarist Johnny Aries was once known as Johnny Danger, frontman songwriter and guitarist with critically acclaimed surf rockers Two Wounded Birds.  Since the band split Johnny briefly moonlighted with Swim Deep before moving from Margate to NYC to join The Drums live set up full time.  However, all this musical activity hasn’t stopped him writing his debut album ‘Unbloomed‘ which is set for release on August 26th via French Kiss records.

Having already covered Smiths classic (‘Back To The Old House’) for French Kiss compilation ‘Under The Covers’, there’s certainly an air of Mancunian influenced heartache on Johnny’s debut solo track “This Grave Is My Bed Tonight.”  Replete with echoing jangling guitar work and yearning lyrics that seem to centre around discovering your place in the world, it does conjure up visions of Roy Orbison fronting The Smiths. It’s top notch melancholic guitar pop from a chap who certainly knows how to write a tune.