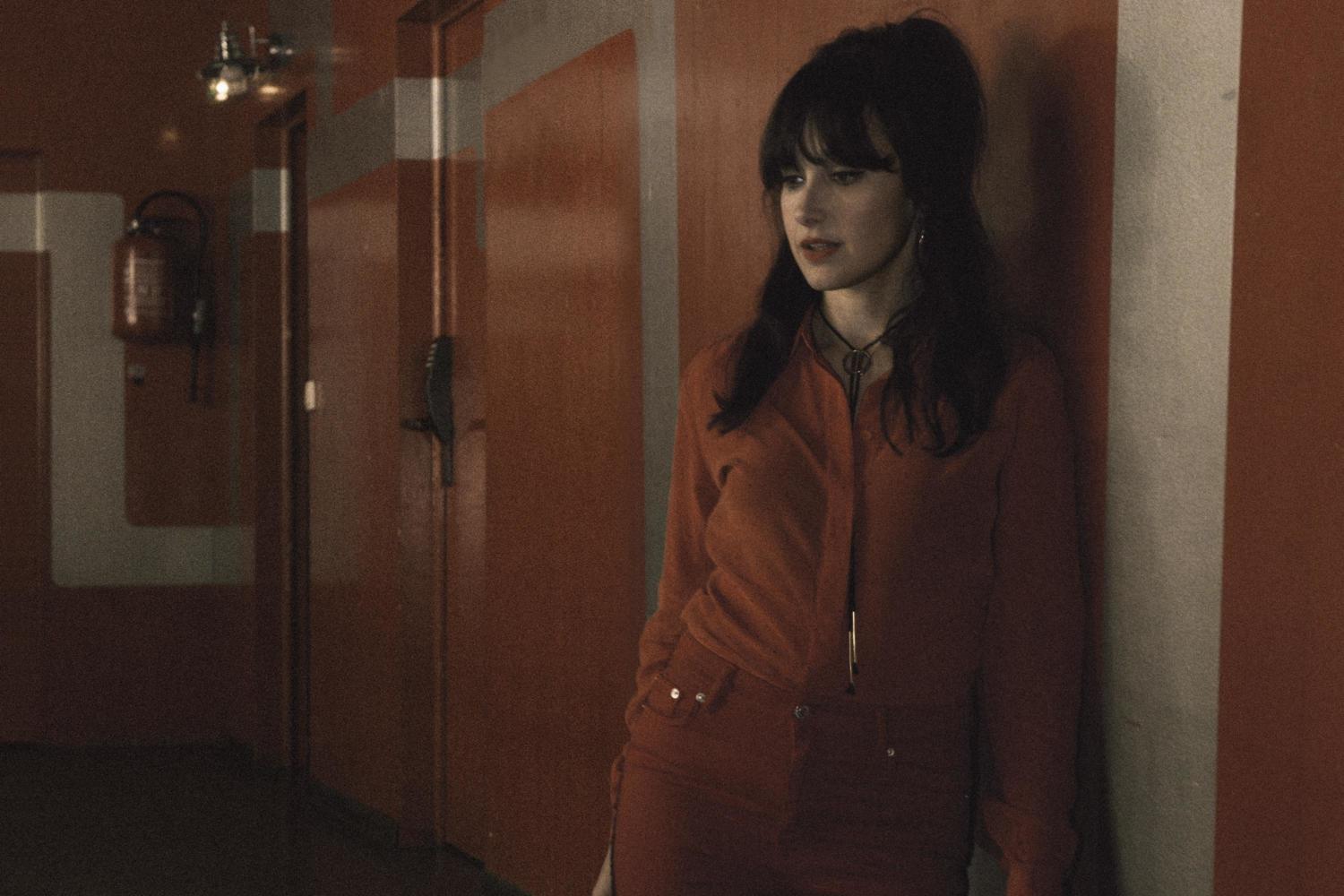 “You’re a dark horse, baby I can feel it ” sang Juanita Stein on her first solo album ‘America’ which was released last year. Perhaps it takes one to know one :)  because there was not the slightest hint or veiled suggestion that album two was in the bag when we chatted to her last year whilst on tour! (we’d bet she’d clean up at Poker!)

After ten years as front person, guitarist and songwriter with the wonderful Howling Bells (they really should have been MASSIVE!) Juanita follows up last year’s superb aforementioned album ‘America’ with a new single ‘Forgiver’ and news that her second album ‘Until The Lights Fade’ is set for release in August via Nude Records. ‘Forgiver’ sounds like a natural progression from the country-tinged beauty of ‘America’ and sounds much more like her ‘live’ sound which gave the songs on ‘America’ a slightly more visceral, punchy vibe. It’s the perfect amalgamation of her solo work and also that dark sweeping widescreen drama Howling Bells often summoned at will. It was co-written and produced by Brandon Flowers while Juanita was on tour with The Killers in Northern Europe in February this year.

She says of ‘Forgiver’ – ‘I’d written the bones of the song a while ago and began working on it again on the EU leg of the Killers tour. I’d managed to get Brandon to hear the song as was, with the intention of seeing if he could maybe help take it somewhere, and he ended up not only co-writing but also producing the track, which we were able to record backstage during those last few days on the road. I loved the spontaneity of the recording. As with the album itself, everything unfolded very instinctively.” Once again it demonstrates her songwriting prowess, her astute ear for melody and ability to craft sepia-tinted vignettes within her songs. Evocative, yearning yet imbued with a kind of sashaying swagger which masks an aura of vulnerability that reveals itself as the song progresses, it’s classic Juanita style storytelling and demonstrates her growing sense of purpose and confidence as a solo artist.

The forthcoming album came together in a rather more spontaneous fashion than she has worked previously. Perhaps sometimes in life instead of procrastinating you just have to ask yourself ‘if not now, when ?’ and see opportunities for what they are, throw caution to the wind and totally go for it! As Juanita explained “Up til now, everything I’ve done has always been planned and laboured over, but this album was very impromptu, very spur of the moment – a couple of the musicians I was working with I had only met for the first time that week. It was like nothing I’d ever done before.”

We caught her again live recently, looking resplendent in an all red outfit whilst on tour with Bryan Ferry – as ever she delivered a wonderful set which was warmly received by Mr Ferry’s rakish smoking jacket clad fans :)