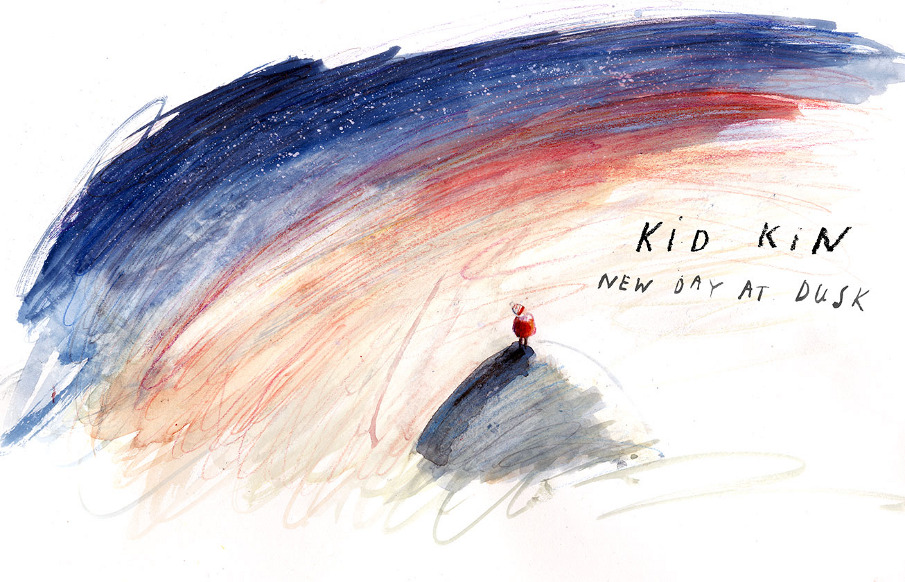 This week we were guest reviewer on Tom Robinson’s Fresh on the Net which was hugely enjoyable and opened our ears to lots of exciting new artists, which is of course Fresh on The Net’s raison d’être. Below is the review we did for the wonderful Kid Kin, who coincidently and unbeknown to us is originally from the Wirral, Merseyside.  You can read the rest of our reviews and check out some amazing emerging talent  over at Fresh On The Net

‘What we tend to forget is music is often felt as well as heard,’ so says Pete Lloyd aka Kid Kin and he’s certainly succeeded in producing music that does exactly that.  This is soaring wide-screen cinematic Sigur Rós meets Public Service Broadcasting post rock ambience of the highest order.  If I were to go all Paul Morley, I’d probably talk about “transcendental beauty” and such like.  ‘Le Prieur Rockets’ is proof positive that egregious caterwauling and the “power ballad” are not the only ways to express emotion via music.  Subtly and depth are often far more rewarding and there’s something rather noble and moving about this tune.

The inspiration for the song is French Lieutenant Yves Le Prieurs who invented rockets to be fired from French or British biplanes against German observation balloons during world War I. ‘Le Prieur Rockets’ is taken from Kid Kin’s self released début album ‘New Dusk at Dawn’