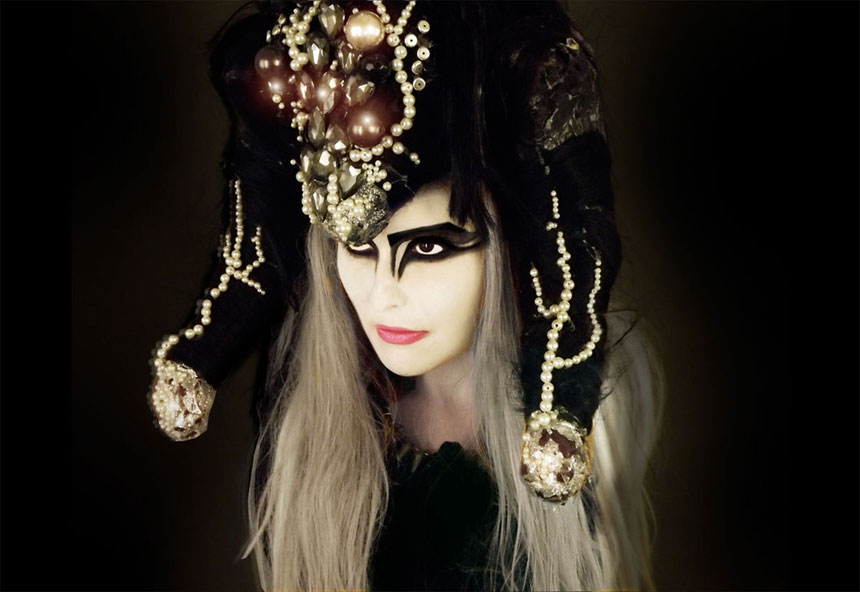 ‘Strange’ is the compelling new tune from industrial shock rocker, Leigh de Vries.  With an image that has Alison Goldfrapp looking as dowdy as Peggy Mount at a jumble sale and a strangely hypnotic monotone vocal that contrives to make  Zola Jesus sound as upbeat as a young Britney Spears there’s certainly something of the zombie apocalypse about Ms De Vries.

With so many pop stars, looking as if  they’ve just stepped  from the pages of  the latest Next catalogue, rocking cuddly knitwear and misguided trousers it’s nice to see somebody really making every effort to impress, image wise.  We suspect Ms de Vries may be a little bit bonkers, we do hope so because safe and unchallenging has led to the rise of the “normals” and has begat the sort of insipid artistically unquestioning mindset that allows Take That not just to top the charts, which is bad enough, but to reform years later and fucking do it all over again again!  Edgy and slightly demented wins the day, every time!

‘Strange’ is set for release date in December with remixes planned by Jagz Kooner and Larry Tee.