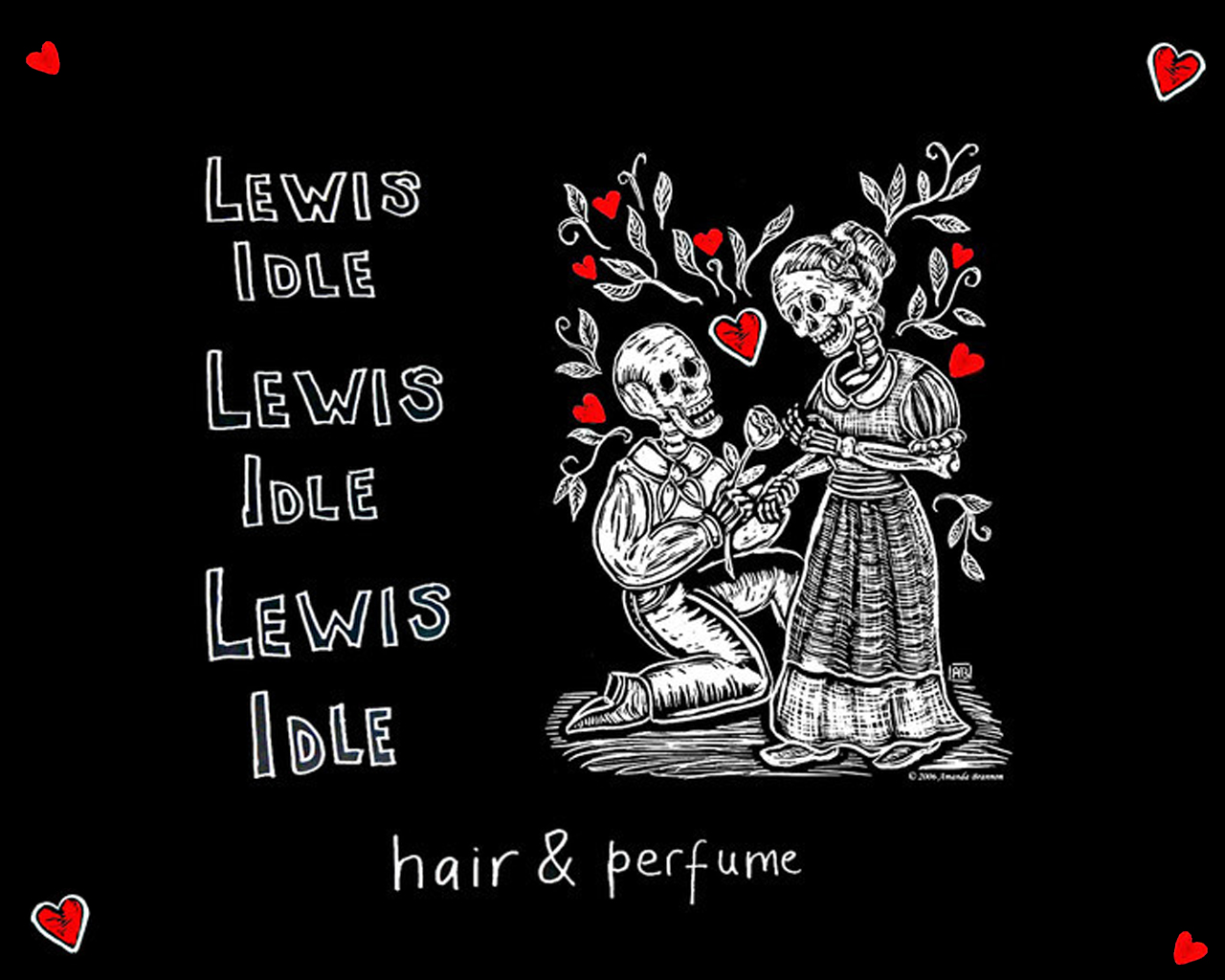 Well to be honest we don’t know much about Lewis Idle, there seems to be a paucity of information on-line other than a brief introduction on  soundcloud. He’s described as ” a balladeer of uncertain origins who specializes in tales of love, heartbreak and death.” Today’s track of the day –  ‘Hair And Perfume’ his first for Trashmouth Records is, we are informed,  “a lo-fi pre Kennedy assassination Rock ‘n Roll number telling a tale of obsession, frustration, love and cosmetics…”

Its fucking tremendous, fusing an early Bowie/Ronson glam sensibility with the smeared glitter grime of the New York Dolls and the laconic cool of the Velvets.