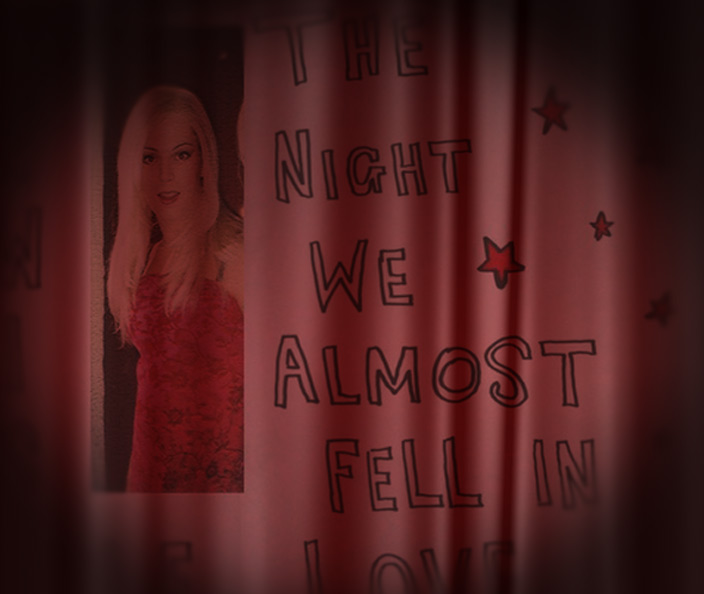 Lewis Idle, the mysterious enigmatic balladeer with the blood red ‘Risus sardonicus’ we introduced in September 2013 is back having ditched the glam-stomp- gutter- grime of his previous release ‘Hair and Perfume.’  Proving himself something of a musical chameleon, his latest offering ‘The Night We Almost Fell In Love‘ sees him staggering back from the prom, armed with a tune that sounds like the result of Sune Rose Wagner / Joey Ramone collaboration.  As the tale of lust, regret, sexual politics, and the crucial “what if….” unfold, Mr Idle proves himself to be a compelling storyteller and one we suspect would be more often than not found lying in a whiskey soaked gutter looking at the (dead) stars.

But who the devil is he ? – His label Trashmouth Records are strangely reticent on the subject, one could say almost nervous. They do however  reveal they first chanced across Lewis on a moonlit evening “where his opening song involved a cymbal, a glass eye and a double bass with one string…” and when pressed – “Hailing, as far as we can gather, from Hastings via somewhere yet unknown, Lewis Idle is something of a night-time enigma.  All material arrives at the label via post on C-60 cassette tape and comes with hand drawn artwork.”

So there you go.  Clear as mud.  Nevertheless, when the songs are this good, the music rather speaks for itself.