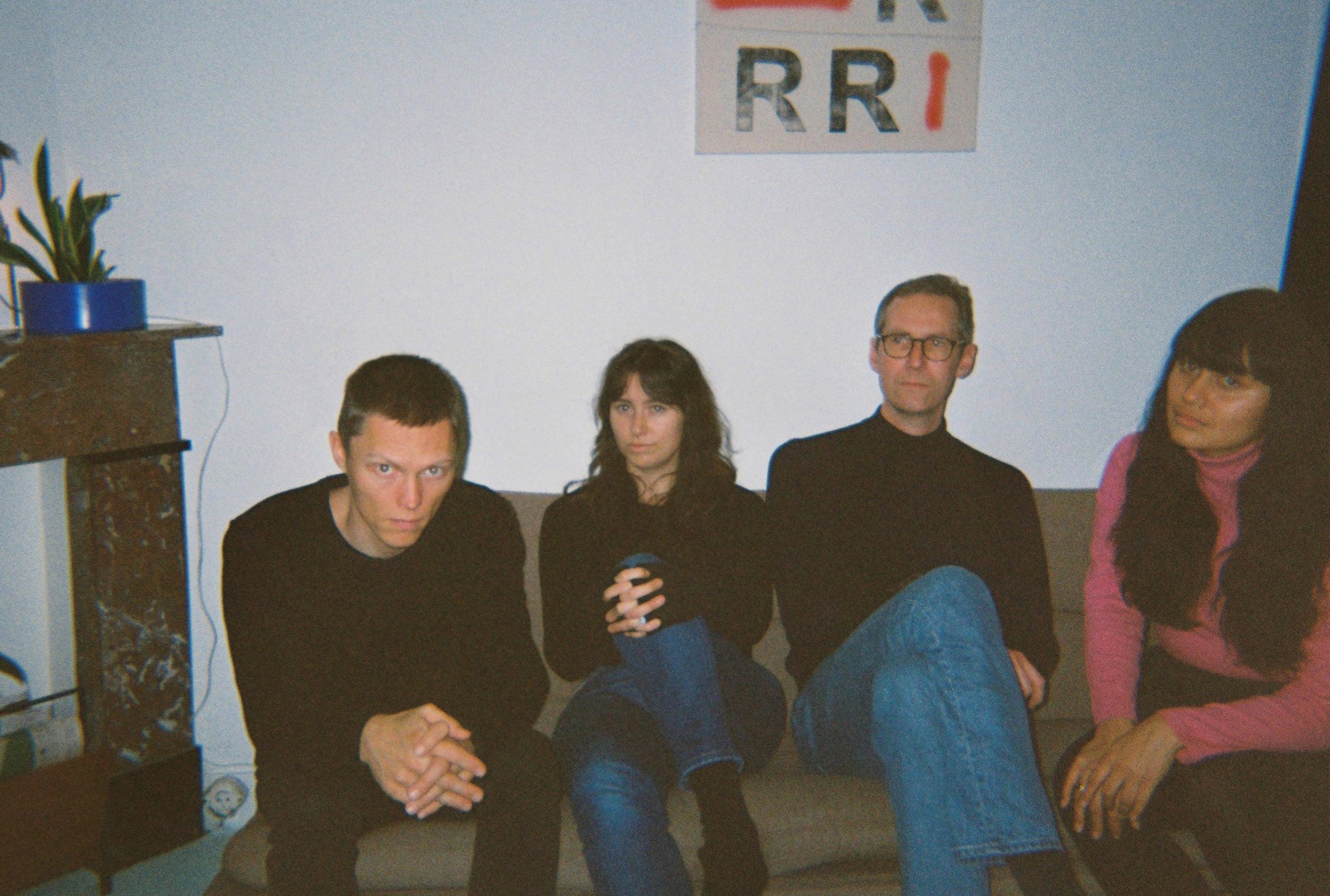 Lewsberg , comprises of Arie van Vliet (guitar & vocals), Michiel Klein (guitar), Shalita Dietrich (bass guitar & vocals) and Marrit Meinema (drums). They are a band that friends whose judgement I trust implicitly have raved about. They are also a band I’ve never caught live. I’d never been in the same city when they’ve toured and during covid, unsurprisingly, I was never on the same continent.

The Rotterdam-based collective is an instinctive band often referred to as a kind of Dutch Velvet Underground in terms of their approach.  They don’t follow the boring rules of “rock” but simply do what is instinctive, what comes naturally, without paying much attention to current trends. “Six Hills” is propelled by a driving Motorik beat, edgy kinetic energy, deadpan vocals and spiralling free-flowing guitar licks.

Referring to the themes behind “Six Hills”  the band explain it somewhat obliquely   – ‘When you keep fighting over things that are really important to you, you could decide to stop arguing with people, and try killing them with kindness instead. You might find out this works. Then, accidentally, you might also find out that you don’t even have to kill. You might just as well just be kind. But it’s a thin line. Sometimes, it can even be kind to kill someone.’

“Six Hills” is released on  Speedy Wunderground and is the 39th in the label’s single series.

‘They’re probably the band that over the years we’ve wanted to work with the most’ says label co-runner Pierre Hall. ‘Me and Dan (Carey) were completely obsessed with that first album (Lewsberg, 2019). we watched them a couple of times on that tour and were just blown away. Especially by the guitarist. They had that feel of a band that was just yours, a secret – that only a few people knew about – which is why I suppose we didn’t really pursue them at first. They seemed kinda perfect. Plus we were probably scared they’d say no”

The latest Lewsberg album ‘In Your Hands’ is out now.