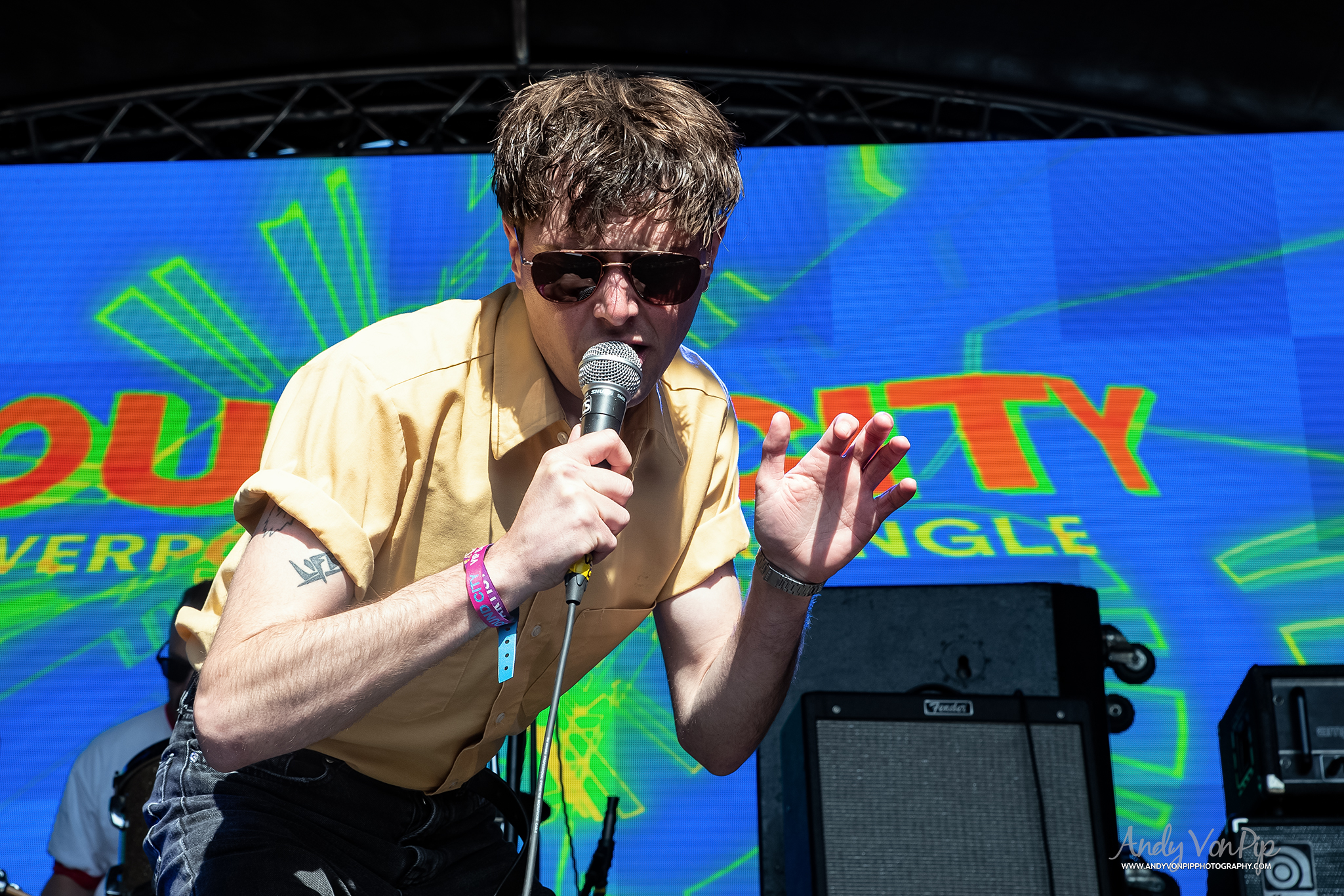 Life‘s latest single ‘ Hollow Thing’ follows hot on the heels of the anthemic ‘ Moral Fibre’ and is the second single to be taken from their second album ‘ A Picture Of Good Health.’  And like previous releases from the post-punk Hull quartet, it’s positively bursting and bristling with bruising explosive energy and swathing guitars replete with lyrics so sharp they could scythe the biggest of egos down to size

Frontman Mez has a similar Mark E.Smith-style knack for brutal barbed, stream of conciseness poetry  ( ‘’Sweep up your debris from your sexless throne’’ for example) but he ‘s far more animated live and cuts a mesmerising figure as he hurls himself about the stage at times resembling Jarvis Cocker on amphetamines with a hint of the brooding intensity of Ian Curtis – lost in the moment.  And to really get a sense of Life’s vigour and frenetic energy you really do have to see them live. They exude so much passion and belief that it’s impossible not to fall under their spell.

Of the album, Mez says “A Picture of Good Health” is not a collage of work but rather a snapshot of time; our time and the time of those around us. It’s political but in a personal way. It’s a body of work that explores and examines the band’s inner-selves through a precise period; a period that has brought pain, loneliness, blood, guts, single parenthood, depression and the need for survival and love. It is the sense and needs for belonging that is the resounding end note!”

They’ve recently supported IDLES on their UK tour and are set to appear at Glastonbury later this month.

‘A Picture Of Good Health’ is due out 20th September 2019 via band’s own label ‘Afghan Moon’ and also sees them partner for the first time with [PIAS].