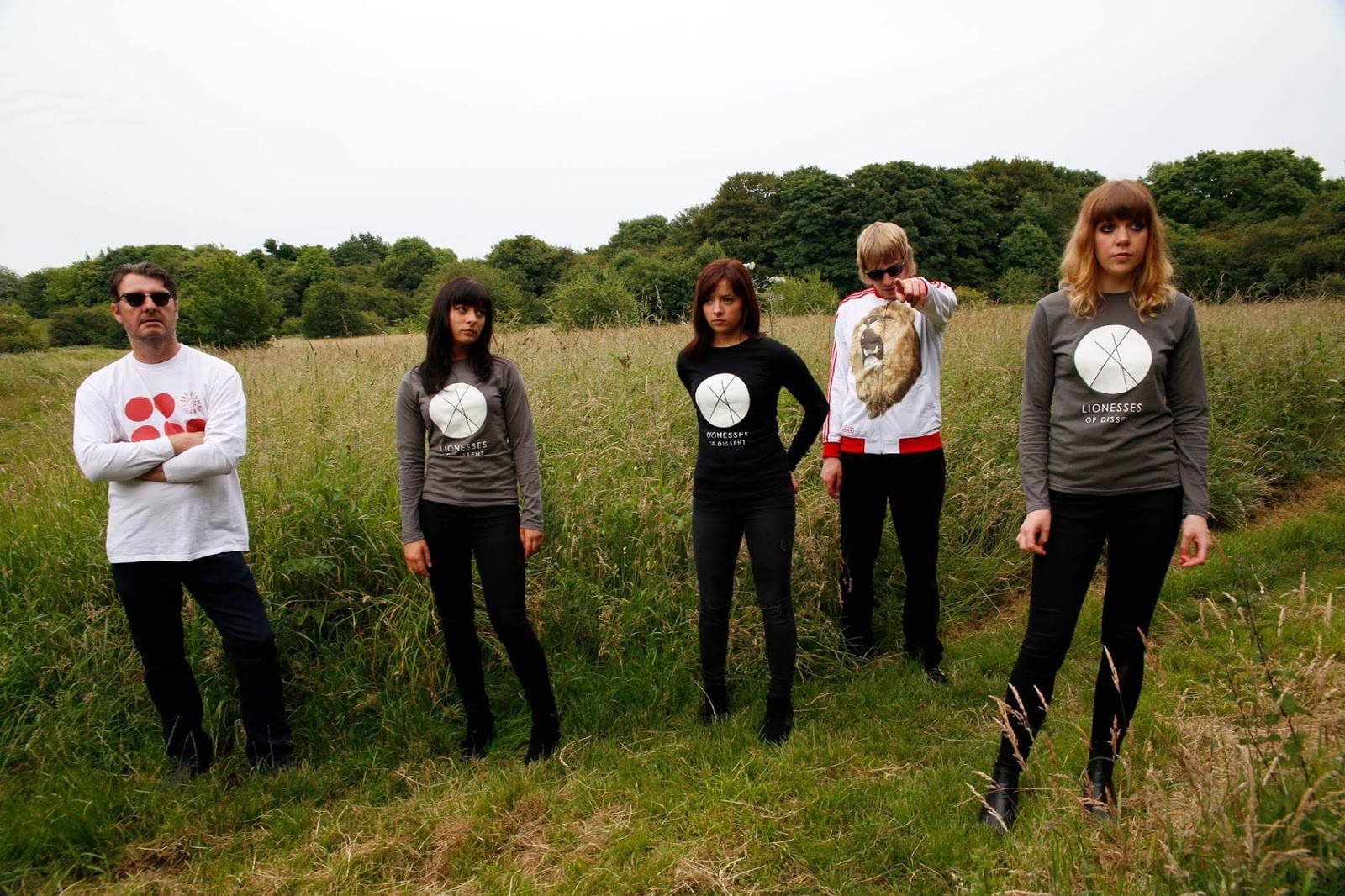 Lions Of Dissent – Turn Up The Struggle.

It’s not entirely clear if Lions Of Dissent are a group in the traditional sense of the word or an evolving creative collective based around a core unit. Apparently, on occasion, they can have up to ten members in their line up. Which must make touring fun.

However what is crystal clear is the fact they can produce soaring, melodic impassioned indie/psych/dance anthems.  Influences may flit in and out of their sound yet they don’t really fit neatly into any obvious musical genre box.  They have can count among their fans  Simon Raymonde (Bella Union/Cocteau Twins,) Anton Newcombe of The Brian Jonestown Massacre, BBC Radio 6’s Tom Robinson, Lee Scratch Perry and Primal Scream bassist Simone Marie Butler.

They follow up the brutal, bruising rush of ‘Honey From Hell’ (which sounds a bit like the B52’s trapped in a car crusher doing battle with an agitated street preacher ) with ‘Turn Up The Struggle.’ Its another angry propulsive slice of cosmic disco psych with a relentless melody and a rabble-rousing chorus.