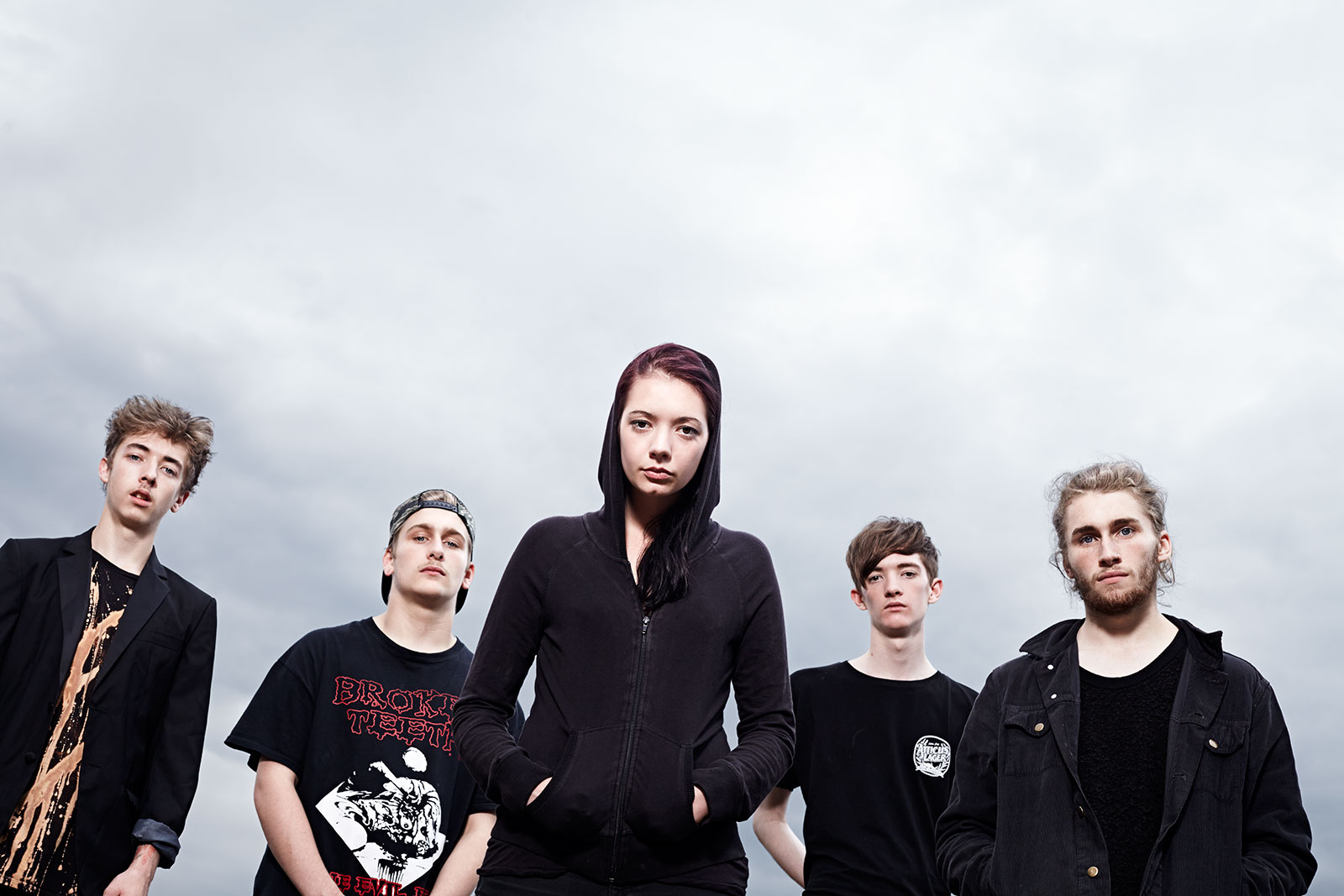 We probably don’t feature a lot of  what might be termed as ‘rock’, and we confess to having absolutely no clue as to what exactly math rock is ? Are Marmozets mathrock? Well they certainly rock to such an extent that they make Courtney Love sound like an ever so slightly ticked off Julie Andrews. But to be honest we’d no more allow genres made up by  journalists/label marketing dictate what we listen to than we are to love a band purely because they hail from a certain postcode area. The correct approach of course is generally to ask yourself, is this good, do I like it ? In the case of Bingley five piece Mermozets the answer is an empathic yes.

Their new single ‘Move Shake Hide’, is set to drop on 18/11/2013 before they head off to record their eagerly anticipated début album.  It’s a blitzkrieg of fist clenching adrenaline fuelled  power, passion, attitude and crucially, melody. It showcases exactly why they’ve recently been signed to Roadrunner Records, which is also home to masked razor blade gargling freaks Slipknot. WHO?