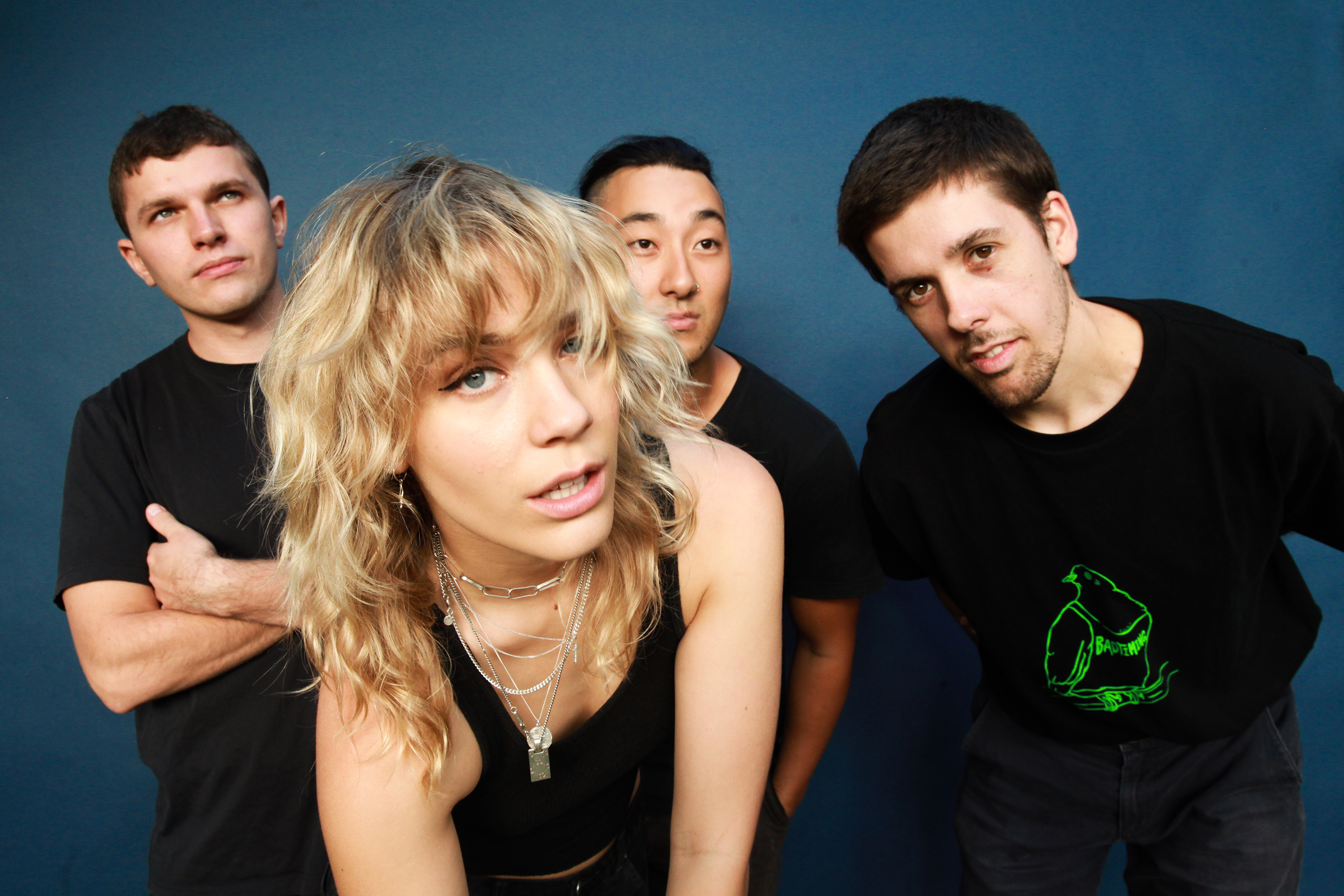 New Zealand grunge punks Miss June will release their debut album ‘Bad Luck Party’ on September 6th via French Kiss Records. In the wake of their previous double A-side release the glorious ‘Best Girl’ b/w ‘Twitch’ the band have recently unleashed ‘Enemies.’ It’s the third track from their debut album and once again it’s an incendiary slice of grunge punk-pop with relentless drumming and explosive guitar riffs. Singer Annabel Liddell whose gained a reputation for her no holds barred live performances is as passionate and intense as ever on ‘Enemies.’ And when she snarls “your enemies enemies are not your friends” you know she means business!

The track arrives with a video which captures the songs relentless, off-kilter intensity. It’s directed by Dylan Pharazyn who explained “the track gets at that feeling of instability in a relationship when there’s full-on confusion around who your friends are or who you are… reality runs amok. I started to imagine this full-throttle dream sequence in which a young couple bash through a bizarre night. As they find new places, they encounter strangers who at first seem normal become weird and dangerous creep characters… or ENEMIES”.

And if you’re new to miss June I’d suggest you check out their debut EP from back in 2015 ‘Matriarchy ‘ which includes amongst others, these two fucking beauties …