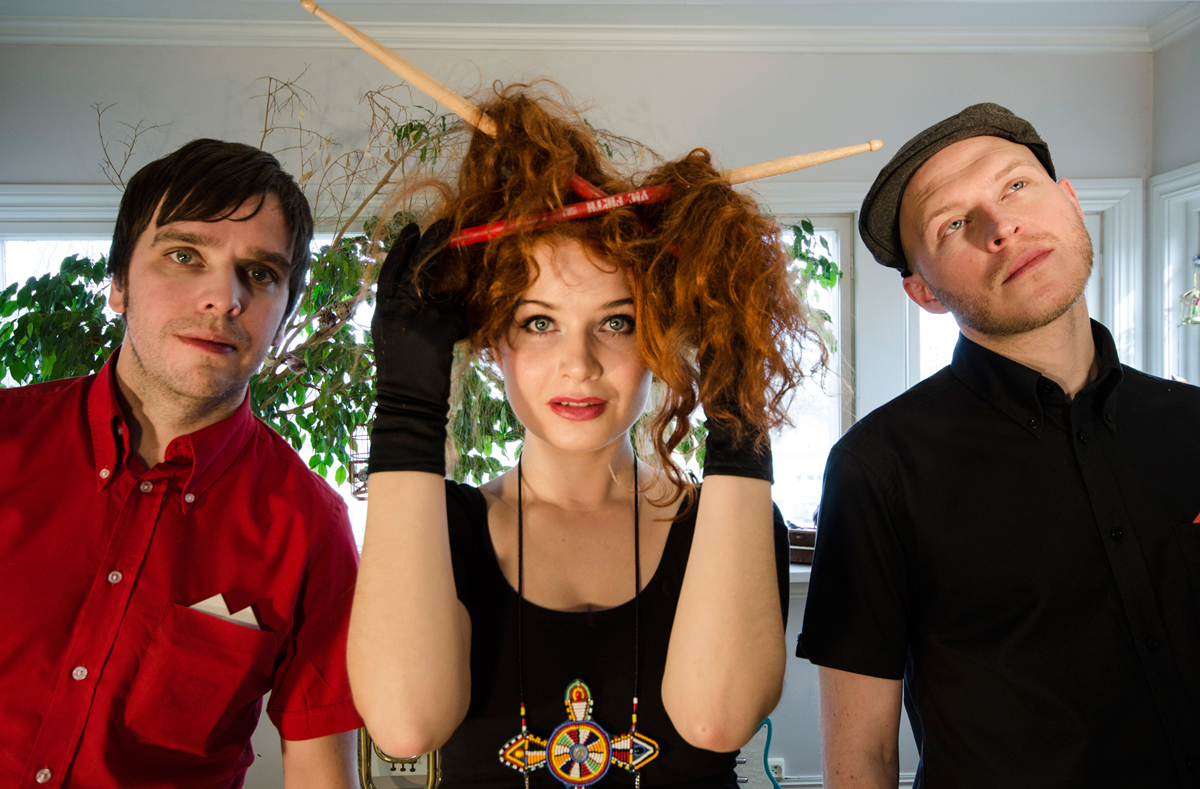 It’s been almost a year to the day since we featured Norwegian electro pop trio Musique Le Pop’s début single ‘Time Changes’  which, quite frankly had us in a rapture of delight.  We were so excited we introduced them on Shell Zenner’s Amazing Radio show… and then… well…. nothing really.  The band seemed to disappear.

It transpired that Jon (the bands keyboard player) is also in another other band, called ‘Sweden’ who had started to generate a bit of a buzz in Norway –   So while ‘Sweden’ were big in Norway the other two thirds of Musique le Pop, Christopher and Elisabeth took some time out allowing Jon to ride the wave of adulation.  Now the trio are reunited and have just released another irresistible ear-worm in the shape of ‘Turn To Sand’.

It’s a slightly more reflective, yearning number than their début, but still sees the band returning to the theme of time and how it changes everything –  Now if we’d been gripped by an almighty attack of the ‘Paul Morley’s’ we may have been moved to describe it thus :-  ” Musique Le Pop’s fixation with the transformative nature of time forces each and every one of us to question and examine the very essence of change itself.   Although we often desire change, more often than not it cannot be achieved without pain, without being swallowed up in a deep chasm of melancholy; and Musique Le Pop show us that what we actually leave behind is a part of ourselves; in a sense we first must die and end one life before we can begin another.”  ….AHEM!

But we won’t say that, we’ll just say that this is a sophisticated and quite beautiful pop song complete with a gorgeous vocal and soaring melody… and leave it at that.