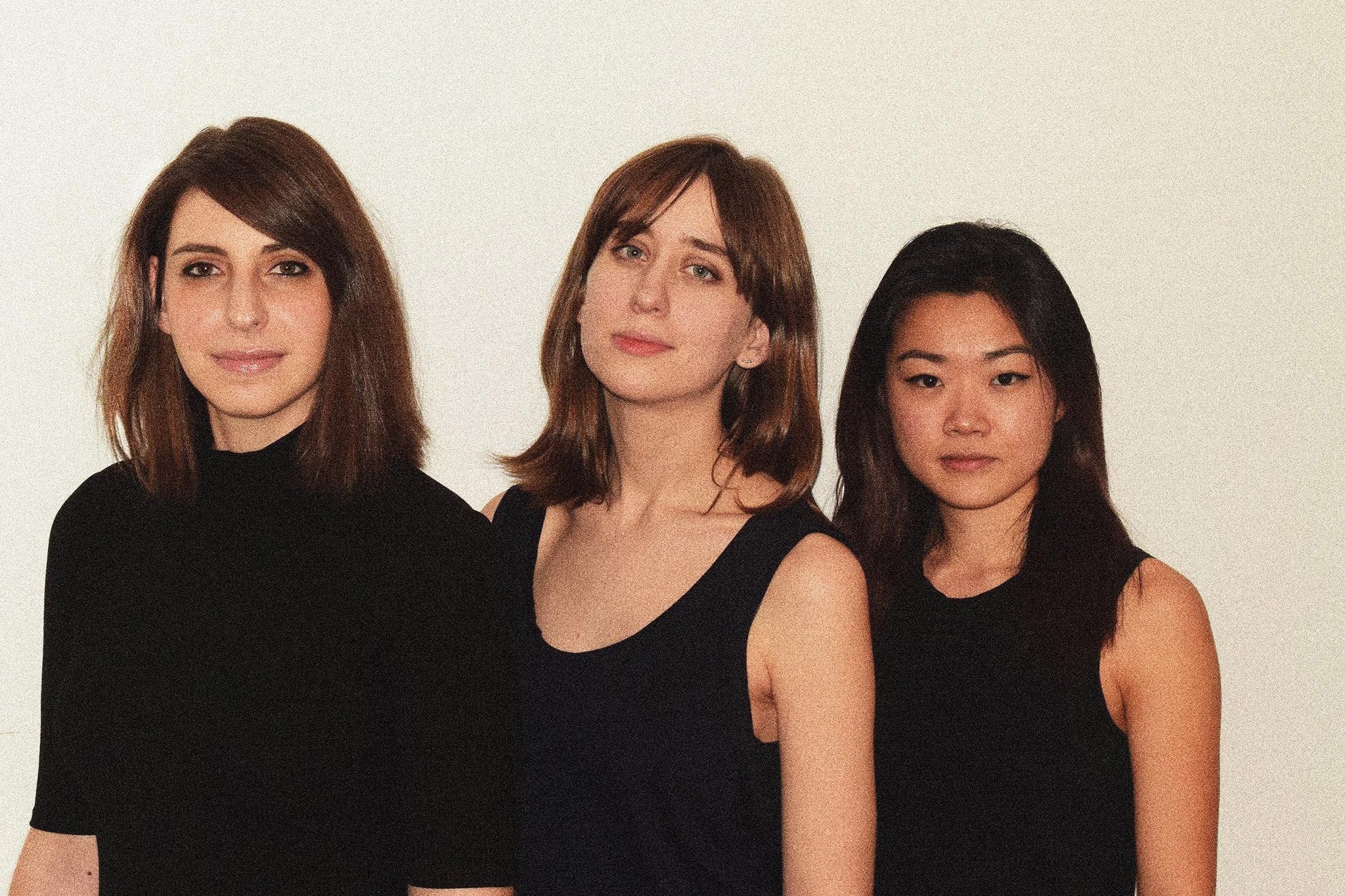 In the UK if you were to you Google “Patio Essentials,” the results returned would probably feature something along the lines of a sun lounger, perhaps a barbecue, maybe even a patio jet washer but initially probably not, the mesmerising debut album from NYC trio Patio.

Patio were formed initially in the imagination of bassist and singer Loren DiBlasi before she was either a bassist or singer. Indeed it wasn’t until Loren joined forces with Lindsey-Paige (LP) McCloy and Alice Suh, that Patio shifted from a fanciful daydream into focused reality.

Their music appears to owe much to the kind of thoughtful jagged minimalist new wave that artists such as The Au Pairs and Delta Five excelled at.   The free-flowing poetic abstraction of their lyrics, angular spiky guitar riffing and deft edgy melodies are mesmerising unsettling and often laced with dark humour.

‘Vile Bodies’ is the perfect introduction to the band, all deadpan post-punk chants,  driven by a thunderous bass line and fluid nervy angular guitars which encapsulates the essence of the trios oeuvre perfectly.   Their debut album ‘Essentials’ is awash with this sort of nervy edgy brittle brilliance and subtle honest introspection.

You should do your ears a huge favour and buy it HERE – https://patio-bandcamp.bandcamp.com/