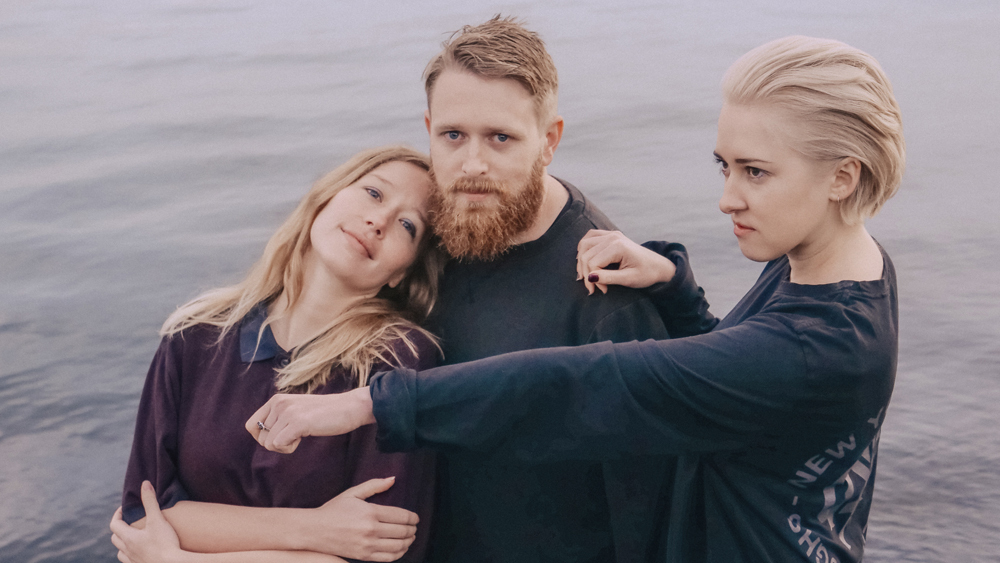 Actually today’s ‘Track Of The Day’ isn’t actually new in the sense that we purchased this single from Aussie trio Phantastic Ferniture waaaay back in 2015. At the time we didn’t realise it, but it was to be our first introduction to the wonderful world of Australian singer-songwriter Julia Jacklin. Jacklin has since gone on to huge critical acclaim as a solo artist singing slightly sad but always beautifully reflective country-tinged tunes.

Now hype isn’t actually hype if its a firmly held belief and has not been fashioned by PR bombast because we genuinely believe that Julia Jacklin is a HUGE musical talent possessing a voice that is timeless, evocative, wistful, emotive, a voice that can soothe and console, move and inspire. Basically all our favourite things right there.   Not long after we were hooked in by ‘Gap Year’ Julia appeared as a solo artist at Liverpool Sound City and we were front and centre for both performances which were phenomenal –  phantastic in phact !  We also kept bumping into Julia and her band around the festival site and at one point this had the potential to reach Father Ted Crilly/Polly Clarke levels of side-splitting absurdity!

As Julia’s solo career soared we often wondered if  Phantastic Ferniture’s ‘Gap Year’ had, in fact, become a permanent vacation which would have been a real shame as ‘Gap Year’ was just too good a tune to be allowed to languish in the annals of musical history. But in the music game, you have to take your chances when they come along.

But the good news is Phantastic Ferniture who are now trimmed to a trio consisting of Julia Jacklin, Liz Hughes, and Ryan K. Brennan are back with not just a re-release of ‘Gap Year’, which incidentally is every bit as engaging as when we first heard it, but also with a debut album!   If you like this track you’re going to absolutely love this self-titled debut  album, which proves Julia can embrace any genre from the grungy styling’s of the dark ‘I Need It’, to the beautifully free-flowing majesty of their previous single ‘Fuckin N’Rolling’, to the subtle Warpaint-esque ebb and flow of ‘Mummy y Pappa.’  And then there’s the driving glorious swell of ‘Dark Corner Dancefloor’ which is surely the next single that in any right-thinking world would make Bryan Adams’ Everything I Do’  tenure at the pinnacle of the UK charts appear to be but a mere wrinkle in time. Sadly the world doesn’t work like that, but you can make your world a far better place by inviting Phantastic Ferniture into your life. Let them put the fan in your fern.