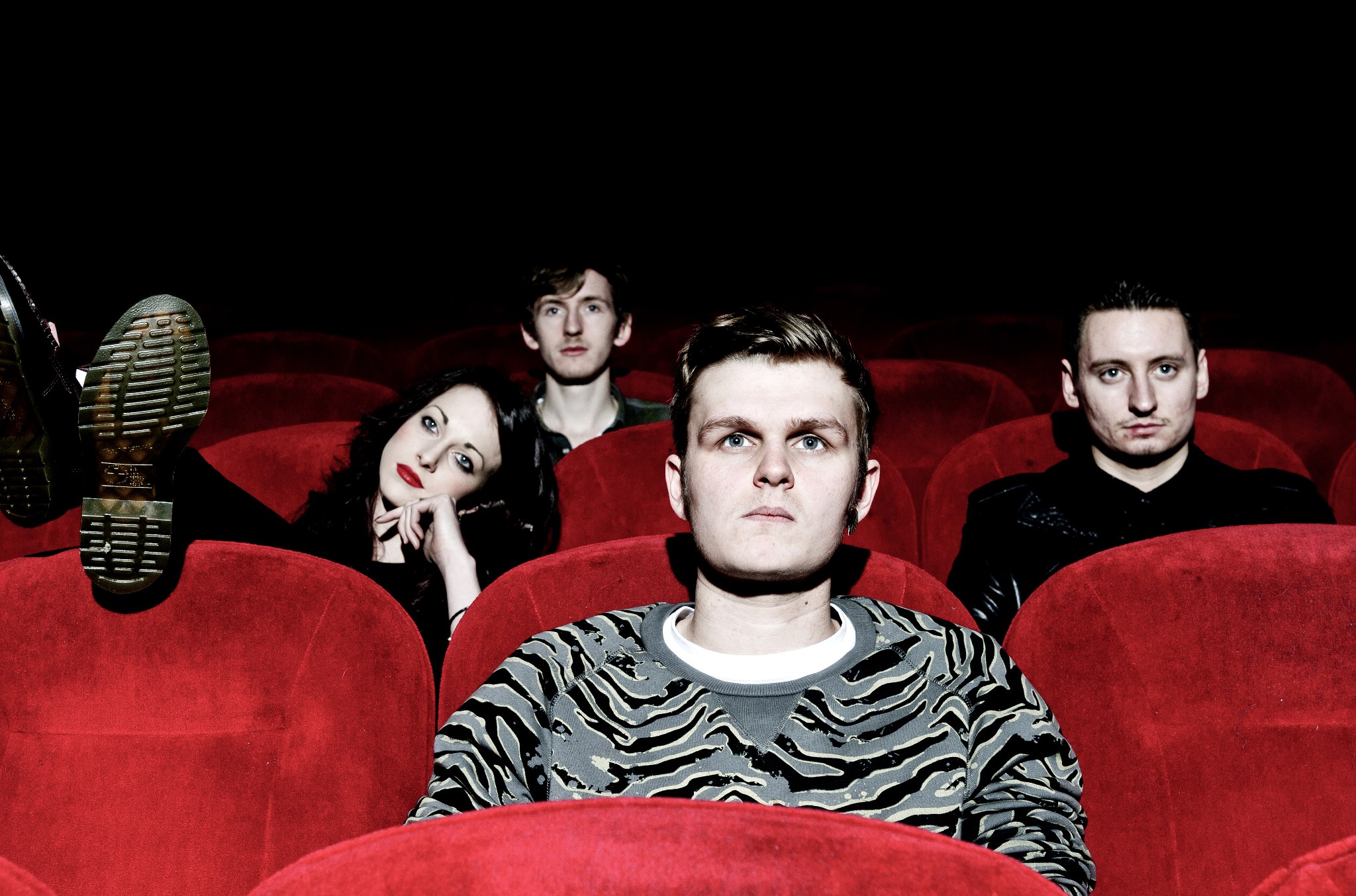 After releasing one of the best albums of 2014 in the form of their debut album ‘Pink Fur’ ( review HERE) Leeds rabble-rousers Post War Glamour Girls are back with a storming new tune single ‘Gustave.’  Released by Too Pure singles club on September 1st, it’s a fine example of Post War Glamour Girls poetic belligerent swaggering menace.

The impassioned stentorian roar of vocalist and guitarist James Smith is counterbalanced balanced by bassist Alice Scott’s mellifluous vocals as the band power their way through a song that sounds like Nick Cave doing battle with Killing Joke as depicted by Goya. :shout:  It’s a magnificent towering snarling beast of a song by a quite wonderful band.   Come the revolution you’d certainly want Post War Glamour Girls covering your back when storming the barricades ;)