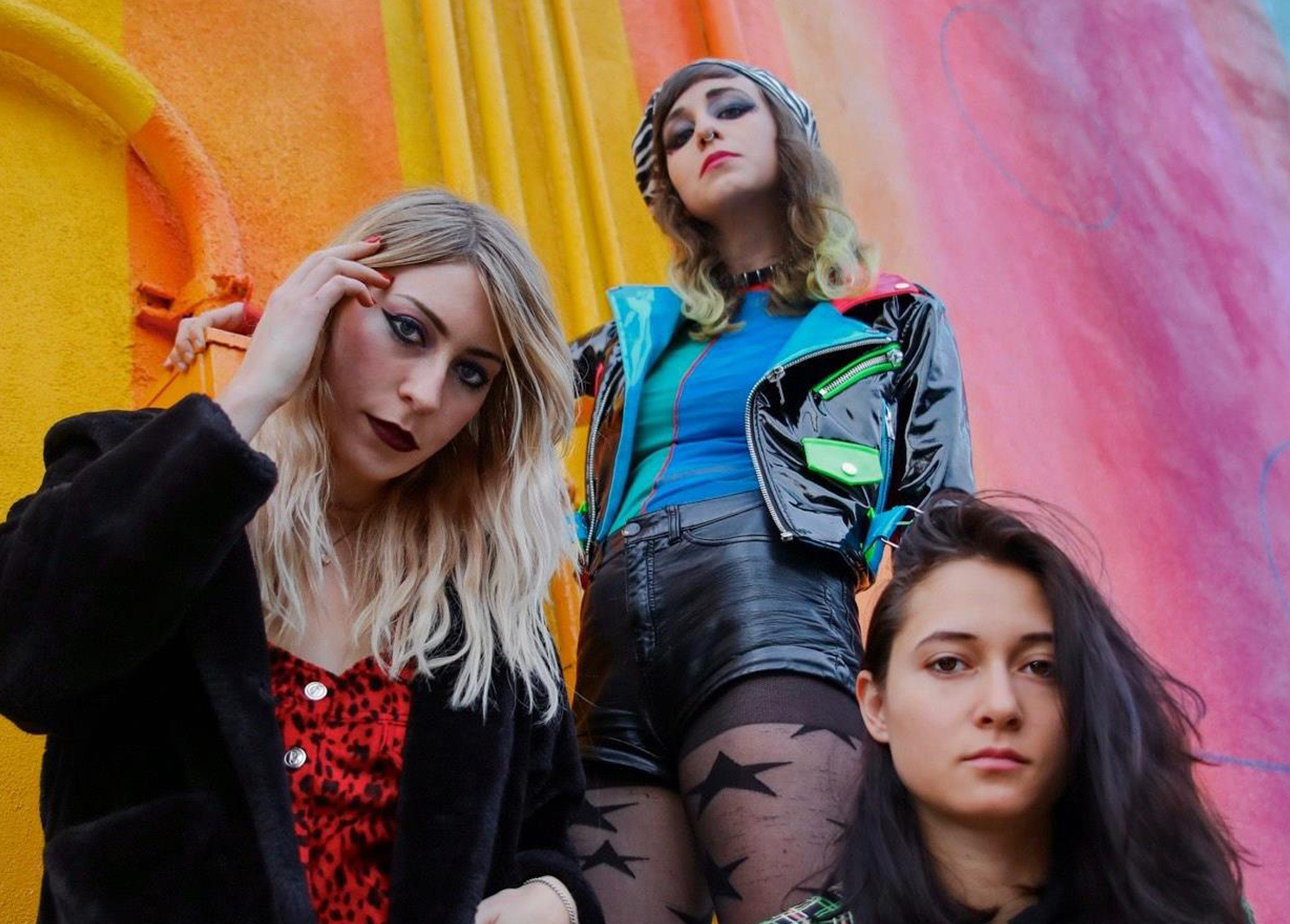 It’s been a few years since LA grunge punk trio Potty Mouth caught our attention with the stellar ‘Smash Hit’ (and it really should have been).  They released their debut LP, 2013’s ‘Hell Bent’, and an acclaimed self-titled EP in 2015 , before embarking on a schedule of relentless touring playing alongside the likes of Against Me! CHVRCHES and The Go-Gos.

Today’s ‘Track of the Day’ – ‘Plastic Paradise’  comes hot on the heels of their previous singles ’22’, Starry Eyes’ and ‘Liar’ with each tune perfectly showcasing the trios finely attuned ears for edgy hook-laden pop conjuring up the likes of Tacocat, Veruca Salt and The Breeders. ‘Plastic Paradise’ isn’t a single but it is one of many stands out tracks from the trios exceptional second album ‘SNAFU’.  It’s a song which is up there with Holes ‘Malibu’, in terms of rollicking, fist in the air soaring grunge pop, and pretty much encapsulates all we love about music ie/ fantastic guitar-driven tunes rammed with attitude melody and intelligence. And if this tune has piqued your interest we guarantee on pain of death that you’ll love the album, in which literally every tune is a potential single.

The rapid-fire releases of three videos this year may have given the impression that Potty Mouth are making up for lost time.  And who can blame them? For at the very moment the band were gaining momentum things had started to slow down.  In what appears to be the depressingly familiar appearance of the dreaded music industry career stalling triumvirate of procrastination, evasion and prevarication the band had to fight to take control and rather than sit around and be at the behest of others they took back matters into their own hands, refusing to compromise on any creative concepts.

“It felt like our history as a band started out normal and got all fucked up,” said Abby Weems (vocals/guitar),  “But instead of letting that hold us back, we’ve learned to stick together and support each other.”

“Our approach made things take longer, but it gave us more creative freedom,” added Ally Einbinder (bass),   “To have that flexibility was so helpful, and the amount we grew and learned during the making of this record is the product of a lot of patience and finding the right situation for ourselves.”

The album was inspired by the band not comprising to the traditional standards of the music industry (and we use the word “standards” very loosely as that would imply some sort of moral code or sense of virtue, something the industry so often appears to be singularly lacking.)

A limited-edition blue vinyl of the album is for sale on Bandcamp (UK/EU) and the Potty Mouth webstore (US) with a bonus comic book, titled ‘Potty Mouth: Situation Normal All Fucked Up’ that was written and illustrated by Potty Mouth frontwoman Abby Weems. This is Weems’ first comic book release. Plus, there will be a SNAFU bonus 7″ for sale in select indie stores that will include two unreleased tracks, “I Wanna” and “Easy Way.”