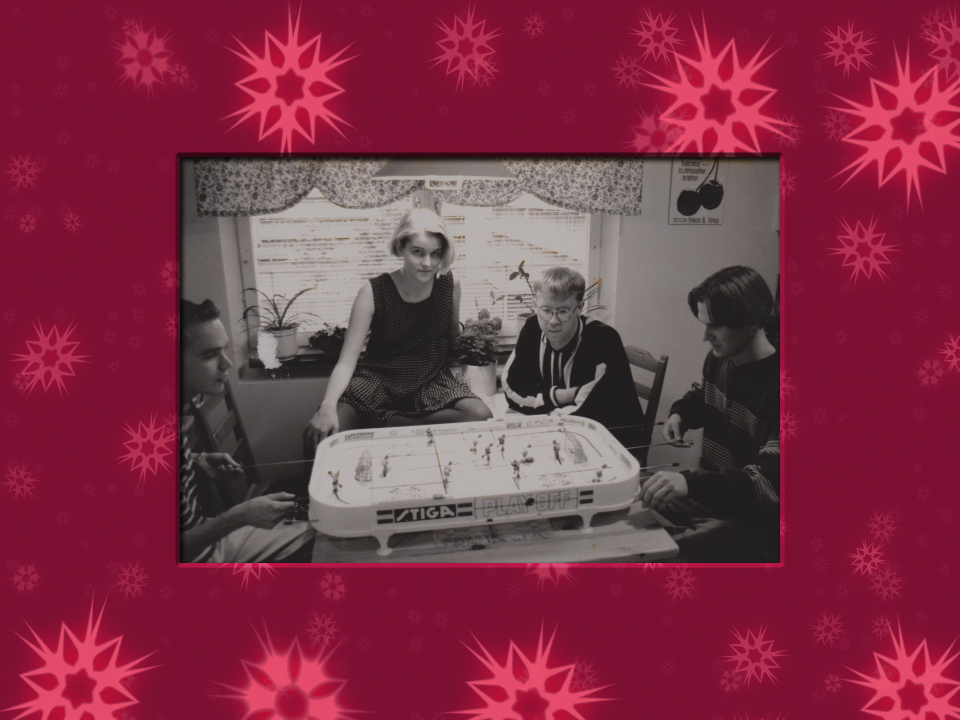 Today’s track of the day is the bitter sweet ‘Merry Christmas Marie’ by Swedish indie poppers Red Sleeping Beauty.  They describe themselves as “a semi-legendary Swedish bedroom pop band,” consisting of Mikael Matsson, Kristina Borg, Carl-Johan Näsström and Niklas Angergård (Acid House Kings.)  Red Sleeping Beauty were active from 1992 to 1997 releasing two albums before vanishing, but they have recently reunited to gift us an early Xmas present in the form of their first track in seventeen years.  It may be a seasonal tune but word is Red Sleeping Beauty are not just for Christmas as they’ll be back next year with a new single followed by that elusive third album.