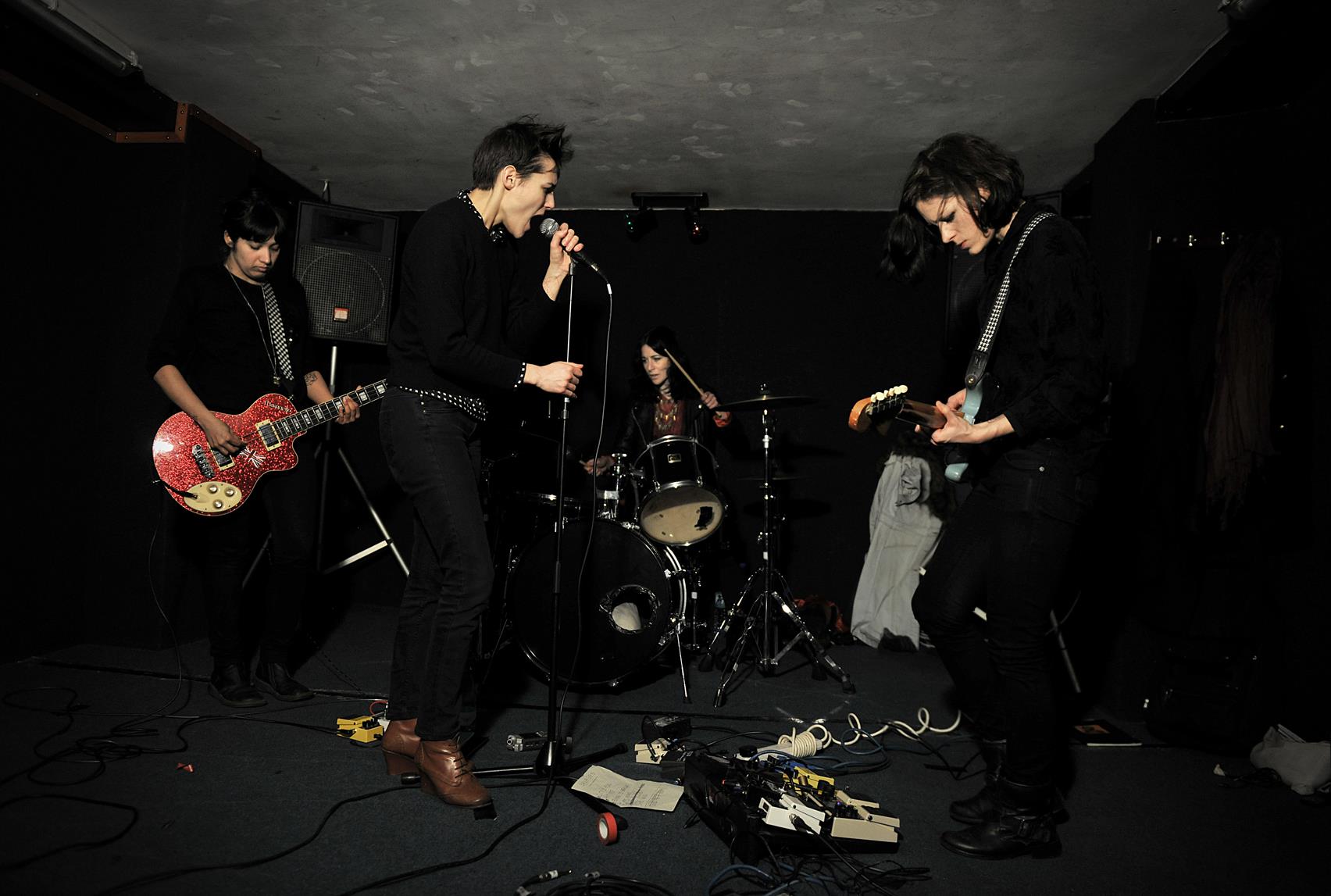 Recent months have seen the emergence of – arguably – the most important band this year an all female London based quartet collectively known as Savages. Bounding out of London, Jehnny Beth, Gemma Thompson, Ayse Hassan and Fay Milton mauled at the tableau of the current scene with primal defiance as they have looked past the horizon and into the void of todays counter culture. With much of their buzz created via word of mouth and in an age where social media seems to propel most fledgling bands into the glare of the hype spotlight, Savages did it with the raw power of an excellent set list and the aide of only one video circulating the information superhighway for months; the excellent live version of the track ‘City’s Full’ was posted via Pop Noire Records’ Youtube. This caused the intensity of the buzz to transmute into a raging drone that could not be contained, and indeed, our resulting anticipation was rewarded on 28th May when Savages released their debut 7” ‘Husbands/Flying to Berlin’.

With their first UK tour about to kick of this week in Manchester, we thought we’d take our affection for their potent roar and make ‘Flying To Berlin’ our track of the day. Hassan’s bass sets the tone in this track, it is the core of which Thompson’s guitar can wrap around and constrict between the choral howls of Beth. All the while a feverous battling between Milton and her drum kit goes on in the background, which, you quickly realise serves as visceral adrenaline racing throughout the track. Savages have the sound that captures the imagination and extracts the emotion of those feeling forced into a subculture blinded by the white glare of life as a commodity. Inspired by literature from the likes of JG Ballard and Kōbō Abe, they also champion the music of Clinic, The Birthday Party, Joy Division, Einstürzende Neubauten and they enjoy the feeling of repetition. Savages are sculpting a sound that soars above the flaccid hype many others aspire toward.

In  week where the rest of the world looks towards the spectacle of Big Games; those lucky enough not to drown in the tsunami of hyperbole and who have little interest in this corporate wankfest could well strike gold by venturing to a  Savages show in the next few weeks. We expect to see the metamorphosis of Savages from cult band to underground national treasures be one of the most exciting musical journeys in more than a decade. 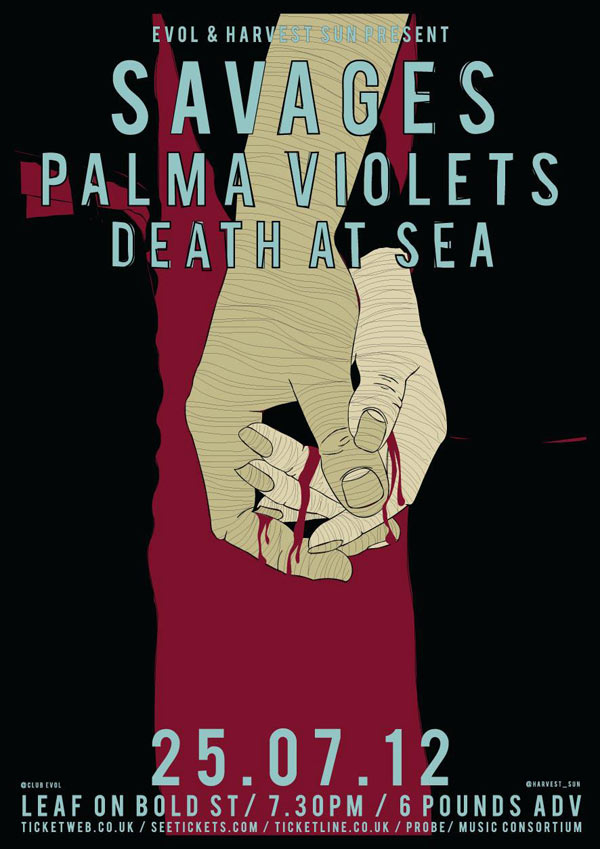