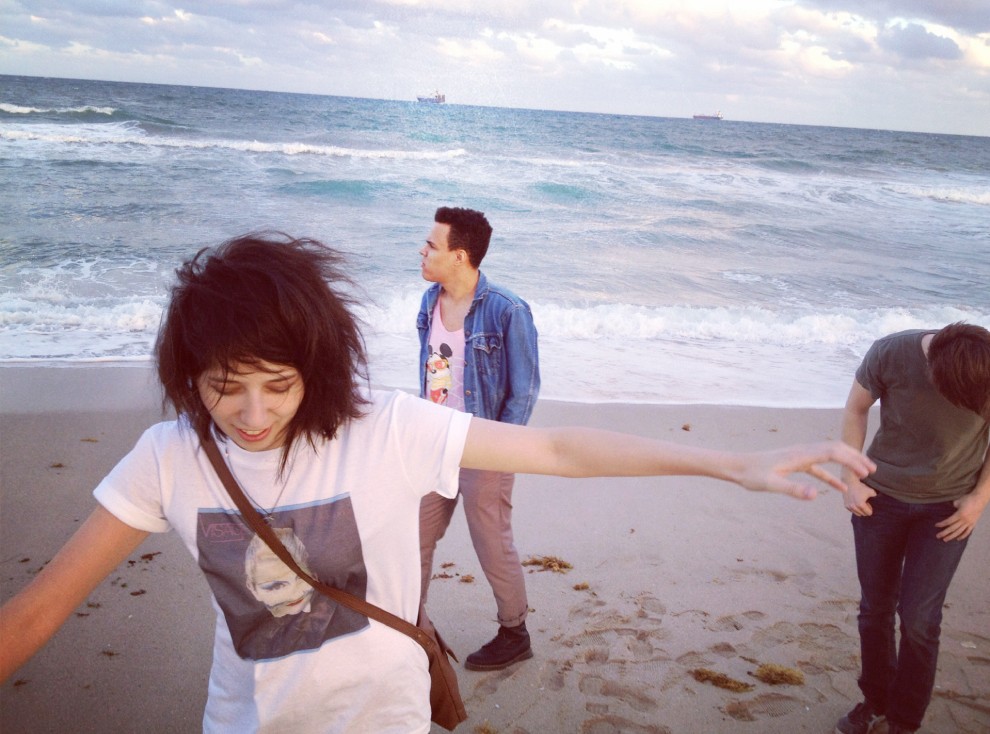 On occasion instead of liberating us, it can feel that the internet has enslaved us, turning us into screen junkies constantly updating the world with the minutiae of our everyday life and transforming us all into social commentators of sorts.  People do seem somewhat obsessed with documenting a moment rather than experiencing it.   How many times do you see punters at gigs furiously texting, filming or taking photos (of themselves) and wonder are they actually engaging with the music? I actually saw a girl, post gig have her photo taken with a guitarist from a band and afterwards I asked if she was a big fan – “Never heard of ’em mate” was her reply. Doubtless, it will give her bragging rights on Facebook if she ever works out who the band are!

Then there is the obsession with “the new,” “the next big thing” and the insatiable desire for instant gratification. Instead of perhaps giving an album a chance to grow on you, how often do people play an album once and think, for all of three seconds, “hmm…next!” It seems some people are more interested in creating the perfect play-list and acquiring a huge volume of music without ever actually taking the time out to listen to it.   As a music blog, we are of course guilty of some of these things and possibly many more heinous crimes, which we feel no need to share publicly.

The speed with which we move from one thing to another is often quite exhausting and with so much information and new music out there, it can all become somewhat overwhelming.  Maybe we just need a holiday, however we’ve taken a couple of days break from actively blogging to see which way the land lies and to ponder if we have got the balance right on the VPME.  Upon reflection, we’d like to think we have, but are always open to suggestions. Yes, we feature a lot of new bands and many we may never speak of again. However, we also feature extended posts including interviews with bands we think have something special and these are the artists we strive to post about regularly. We feel this is one of the most important aspects of music blogging, to actively support the artists we believe in, more so than being “first to post a track” (without context) for the sake of  being first. But each to their own. We’ve also noticed after taking a few days “out” that some of the artists who regularly appear on our “most played” list on our I-pod are one’s we have never actually blogged about! (Insert shame faced smiley)

Which somewhat long windedly leads is onto today’s “Track of the Day” which is not brand spanking new ( it came out in March,) which hasn’t been sent to us by a label or PR company, but which is a track from a band we genuinely love, and yet despite our deep affection we have yet to feature them!!  What utter cads we are! We will seek to remedy this unacceptable oversight immediately and post ‘Regret’ by  Selebrities, one of the finest bands to come out of Brooklyn over recent years. Why they aren’t bigger in the UK is beyond us because their music is frankly amazing and would appear to be heavily influenced by UK bands such as New Order and The Cure with dash of John Hughes OST pop sensibility. This talented Brooklyn based trio produce a gorgeous fusion of 80’s synth pop replete with melodic driving bass lines and chiming Phat Bob Smith guitars, all held together by Maria Usbeck’s slightly tremulous but nonetheless beautiful vocal. The band themselves describe their sound as “voguish summertime Goth/Pop/New Wave” and really we can’t top that.  Their début Album “Delusions” would have easily made our top five albums of the year in 2011, alas we didn’t actually hear it until 2012,  in fact we are not entirely sure if it got a full UK release last year. If not we demand to know why!

3 thoughts on “Track Of The Day – Selebrities – Regret”