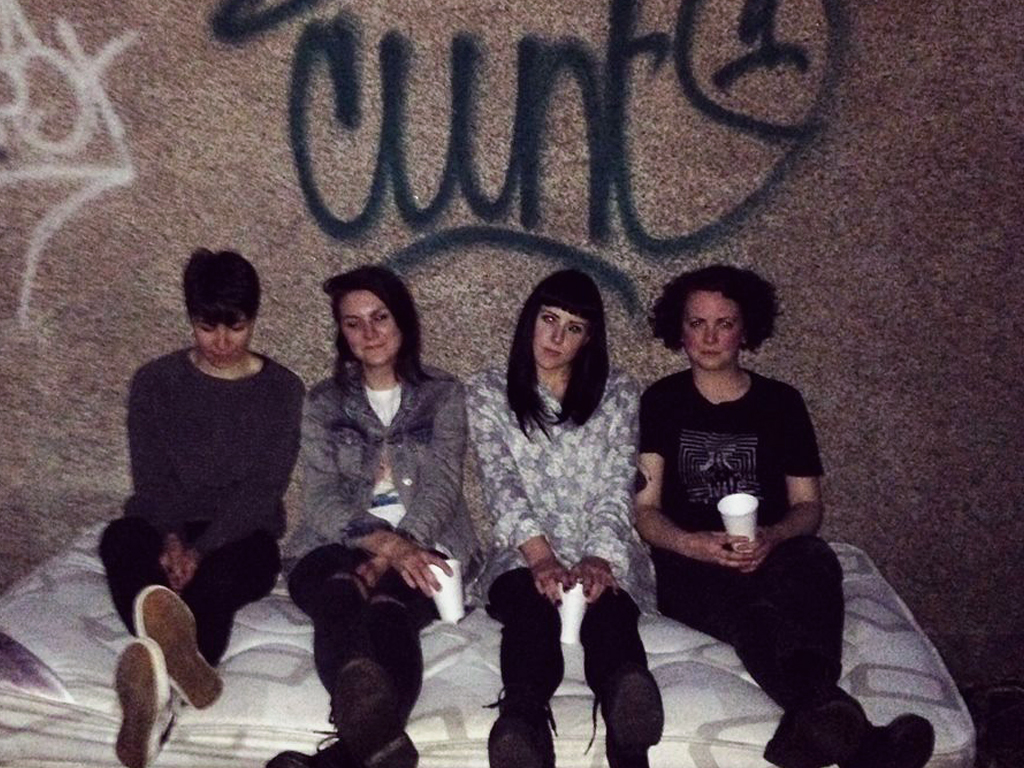 For us last week was all about Scotland’s finest, the Jesus And Mary Chain after spending two days with ’em for their first few dates of their Psychocandy 2015 tour.  Back in 1985 William Reid was quoted as saying  “we all love The Shangri-Las, and one day we’re going to make Shangri-Las records,” so it seems a somewhat opportune time to ease ourselves into a new week by featuring one of Glasgow’s new breed of bands, covering the Shangri-la’s!

All female quartet Sharptooth, who are in our 2015 tip list conjure up a beautifully lugubrious version of ‘ Remember (Walkin’ In The Sand)’, and you can call us shallow but we’d even suggest it sounds a wee bit sexier than the original due to the lilting Scottish intonation.;)  Throw in a fabulous soaring guitar solo, finger clicks, and ghostly atmospheric girl-group harmonies and you have a wonderfully modern lo-fi take on the original.  Fun fact – the original recording written by George “Shadow” Morton also featured a young Billy Joel on piano in his very first studio session. He claims he wasn’t paid.

Sharptooth’s version of ‘ Remember (Walkin’ In The Sand)’, is available on Fuzzkill Records recent Valentine’s Day compilation ‘Under the Covers’ which you can hear in full below.