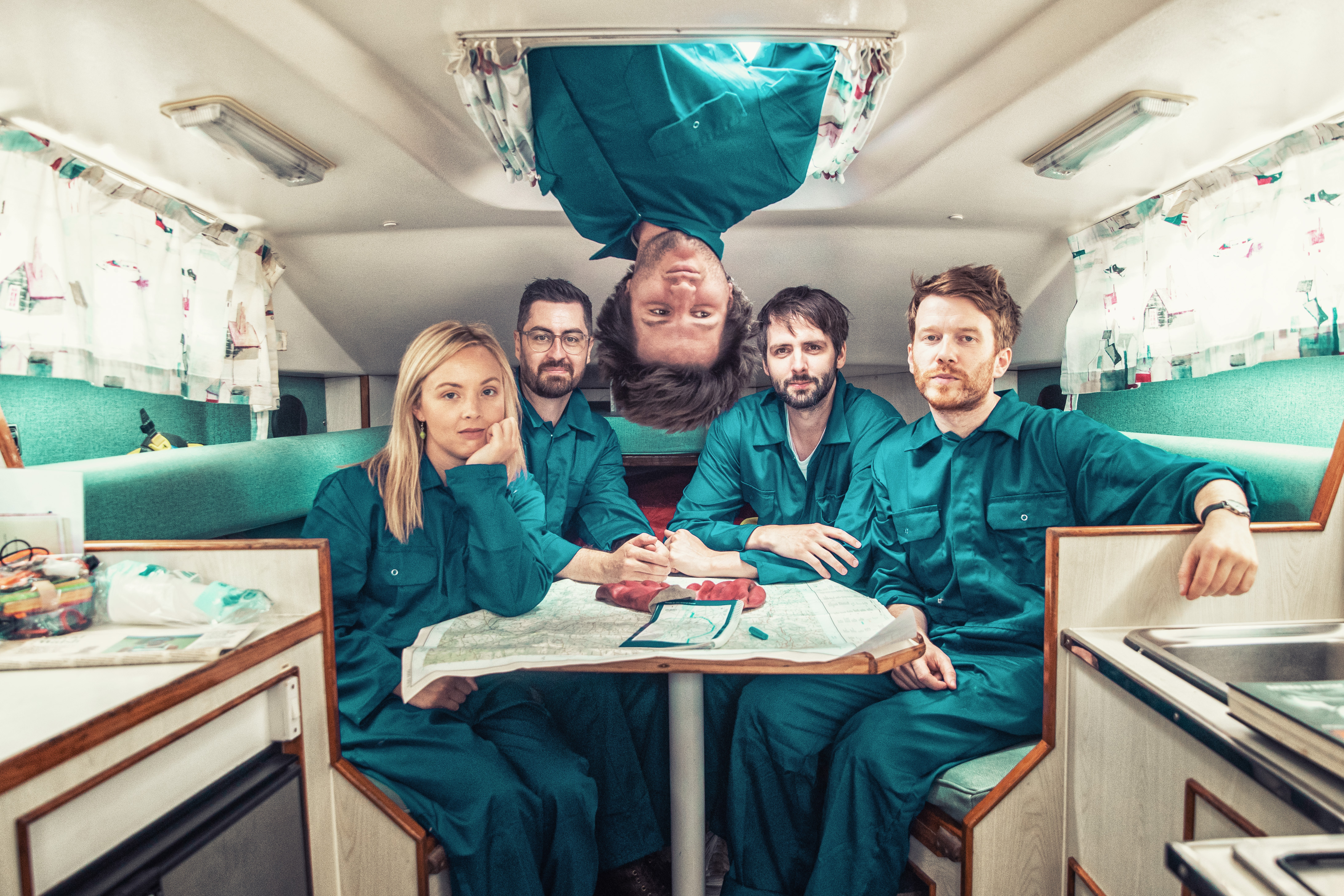 Of all the bands to emerge from Dublin in the last few years Silverbacks have remained my favourite. They seemed a bit more “real” than some of their contemporaries and set about the business of writing engaging spiky acerbic music sans the pretension. When I reviewed their debut album Fad for Under The Radar I noted  “It’s an album that is just as intense as bands like The Murder Capital and Fontaines D.C. but doesn’t wear an overcoat or look out to mid-distance with a stylized meaningful poetic stare.” In short, they didn’t seem like a band who were likely to disappear up their own arse.

Inspired by feelings of guilt during the pandemic, “A Job Worth Something” features the band’s trademark insistent scratchy guitars alongside vocalist and guitarist Daniel O’Kelly’s laconic yet conversely acerbic vocals. Explaining the track he says  “For most of the pandemic I lived with my sister who is a healthcare worker and was working in the designated covid hospital in St James’ Dublin. Unfortunately, I was far less heroic, writing copy for a car insurance company. This song is about feeling embarrassed about how different our lives were at this time. When it comes to telling my grandchildren what all this was like, I’ll be telling them about my sisters who have more important stories to share.”

“A Job Worth Something” is from Silverbacks’ forthcoming album  Archive Material released on Full-Time Hobby on January 21st, 2022. It is available for preorder here.