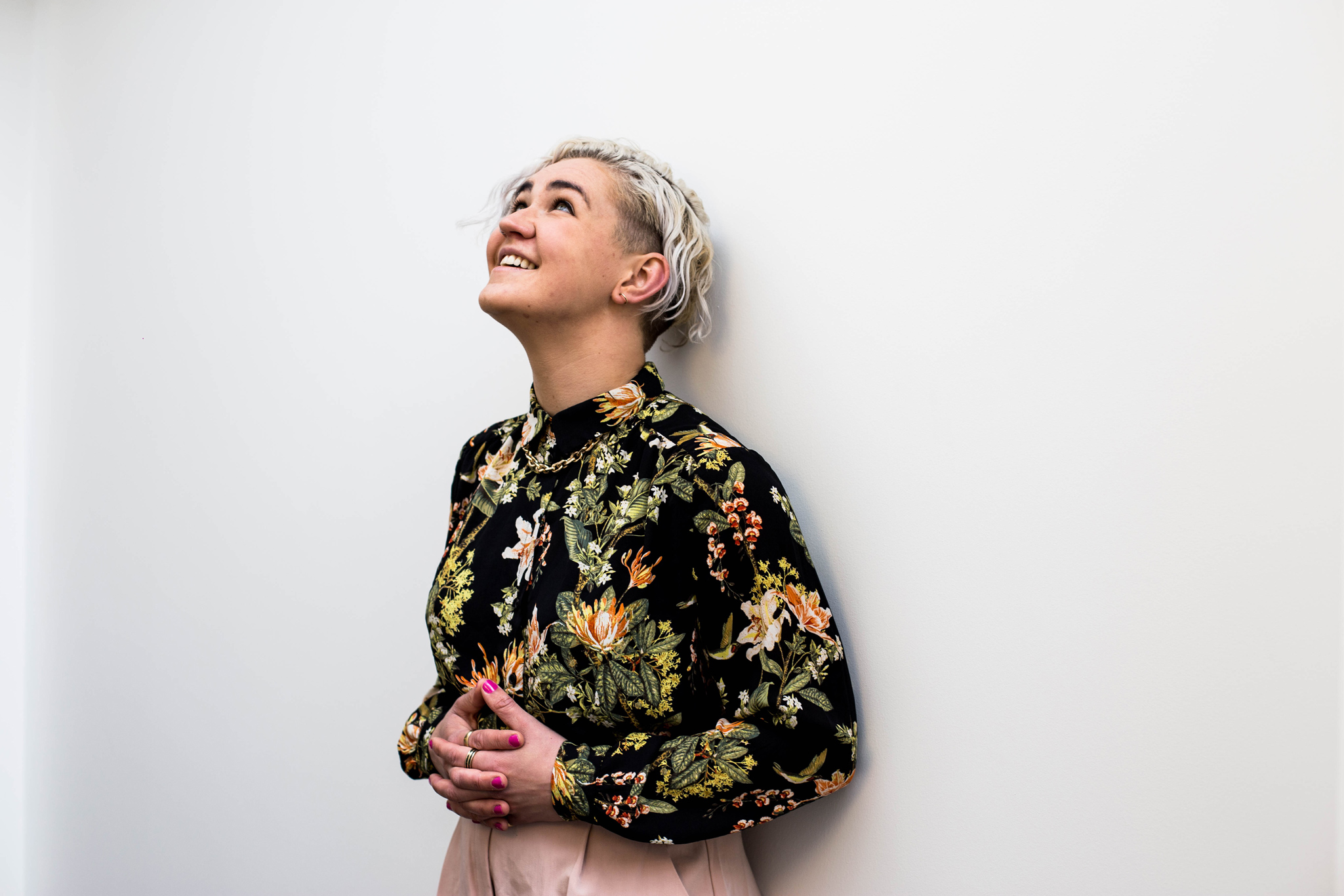 SOFT LAD is the solo project musician, songwriter and multi-instrumentalist Sophie Galpin (recently of SELF ESTEEM and SOAK). Galpin has been an integral part of so many great bands we’ve featured over the years and those of us up north will, of course, remember her as a key member of PINS a while back. She’s a musician who’s always been very much in demand and has played for the likes of  Tom Grennan, The Breeders, Charli XCX, James Vincent McMorrow and Jessie Ware. When I interviewed SELF ESTEEM last year, Rebecca Lucy Taylor told me she was lucky to be working with Galpin who she described as “a proper musician.”

So with all that experience, it’s no surprise that her latest single   ‘2 Know U Betta’ from her forthcoming debut EP ‘MAXIMUM FEELS’ (April 01) fits rather snugly into the “alt pop banger” category. It was apparently inspired by a girl that ghosted her. Speaking about the song, Galpin said: “I had a spark with someone and wanted to get to know them more, in a casual way – I was like, ‘I’m not looking for anything serious and there’s literally no pressure here but we could be having a really nice, fun time if you ever texted me back!I knew there was a vibe there and I thought it would be a shame to let it go, but in the end I had to accept that she had her own thing going on, which is totally fair!”