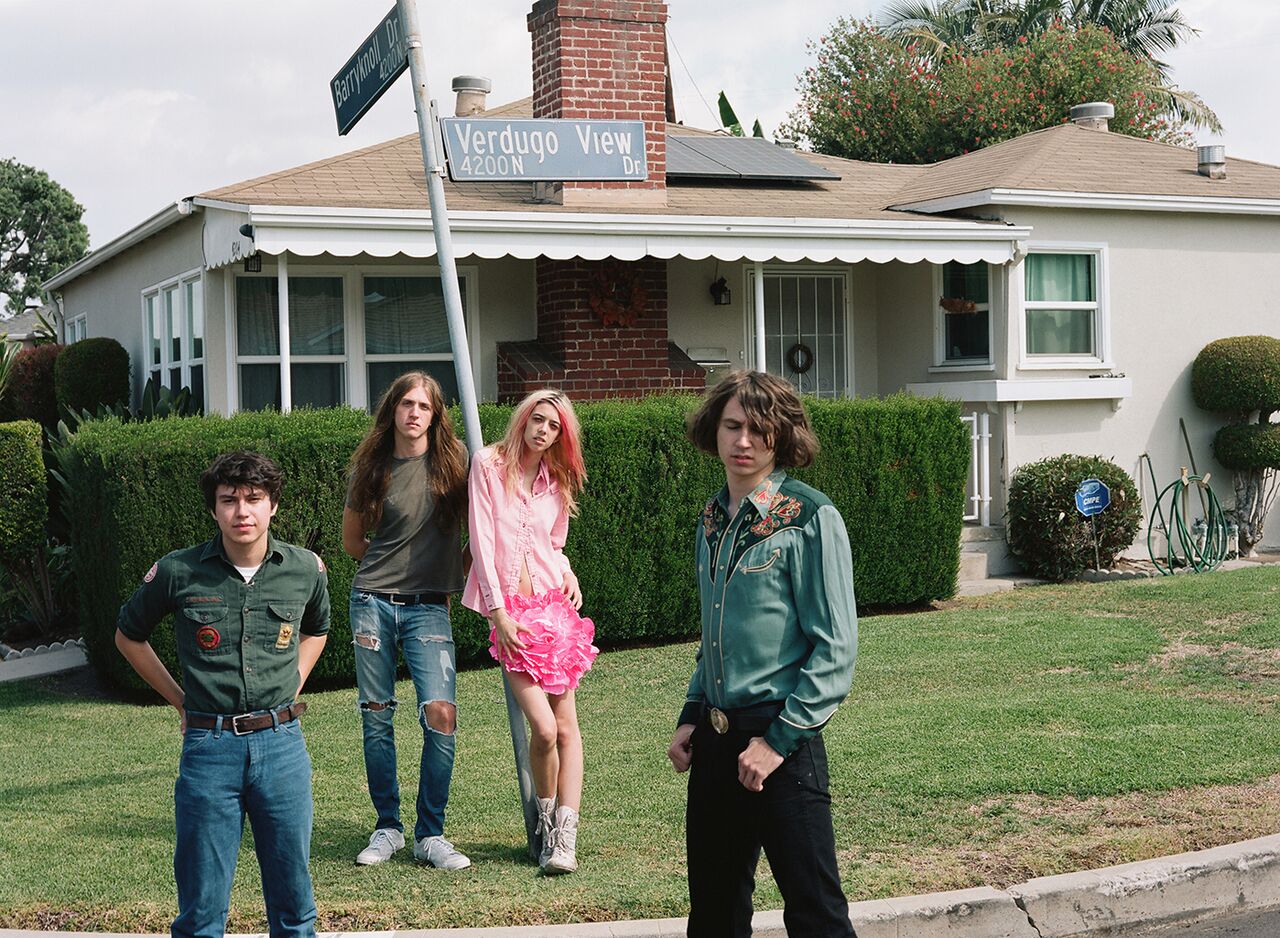 L.A. alt-rockers Starcrawler first grabbed our attention back in 2016 with the rollicking grunge grime of ‘Ants.’ At around one and a half minutes, it was short, sharp, yet really packed a punch. It was also somewhat deliciously deranged and in part recalled the free-spirited chaos of the Stooges.

Last year saw the quartet unleash their critically lauded self-titled debut album,(review here) whilst their live shows led by singer Arrow de Wilde’s manic stage antics were imbued with an air of Cramp’s style lunacy. At 6ft 2 she’s certainly a compelling front person who could also give Alice Cooper a lesson or two in the art of rock n roll theatricality. If she’s not rolling her eyes like a zombie having a seizure, she’s spitting blood over the audience. When she’s not trying to free herself from a straitjacket or ripping off a hospital gown she’s bending and stretching and hurtling about the stage like a gymnast on amphetamines merged with grown-up Regan from The Exorcist. It’s unhinged, dramatic, and massively impressive.

The bands latest tune ‘She Gets Around’ is old school garage grunge, and whilst some may say it’s not exactly pushing boundaries there’s a feral trashy ferocity about Stawcrawler, a self-belief and swagger of youth that makes their music so compelling. They do what they do with style, attitude, no fucks given yet at the same time give it their absolute all. Demented, twisted, searing guitars sonically mirror Arrow de Wilde’s frenzied stage persona as they breathe new life into the 90s school of alt-rock. There’s the sonic annihilation of Nirvana and volatile attitude of bands like the Breeders –  it may not be one for the avant-garde hipsters who dismiss guitar music as passé – but y’know what, it’s their loss as it’s fucking great!