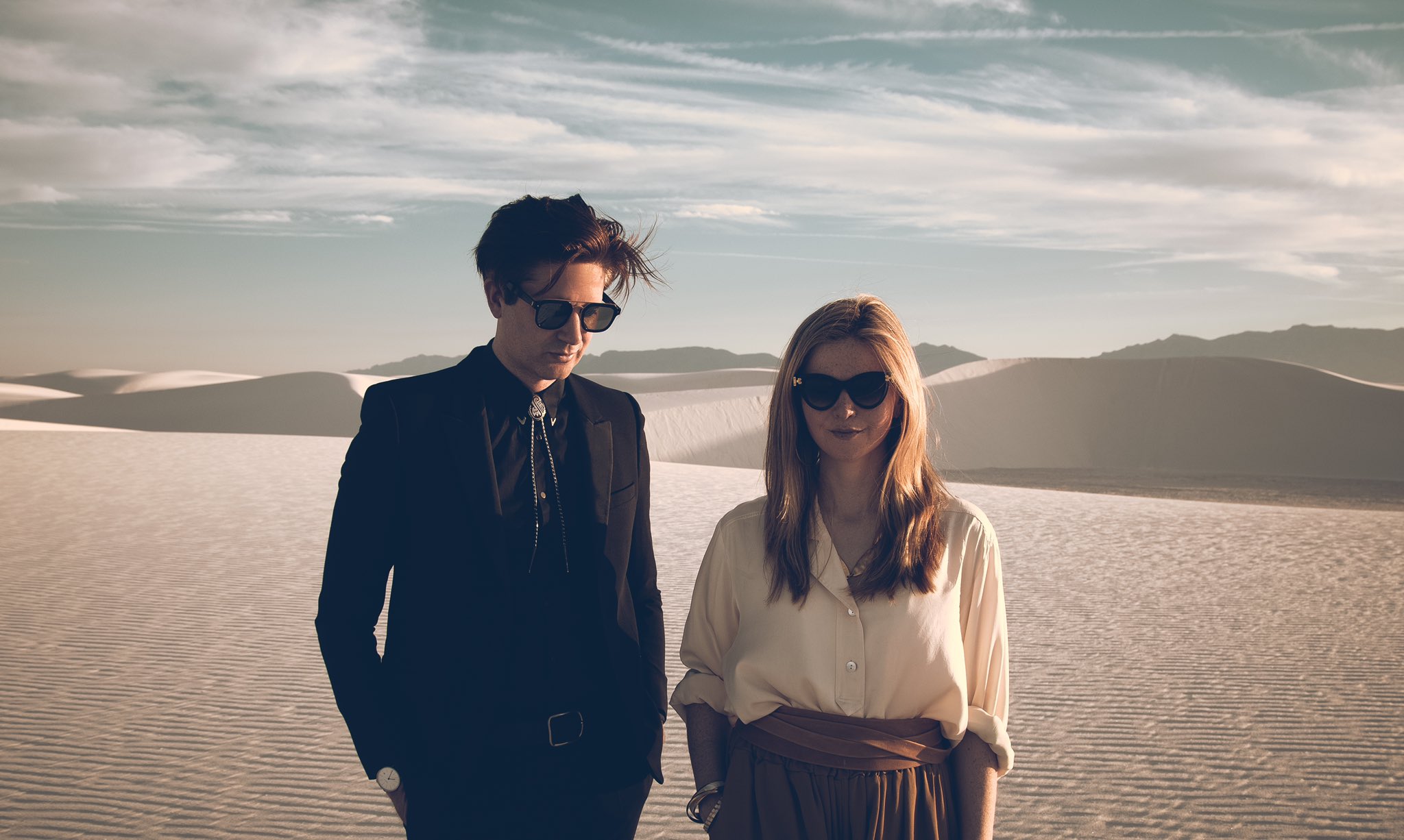 “Time doesn’t matter to me, matter to me” sings Tessa Murray on “Far Rider”, the latest Lynchian desert-noir master class from Still Corners. Time mightn’t matter to Murray and her musical partner Greg Hughes, but it still matters to commercial radio, which means the full seven-minute plus version of this epic ride will rarely get played in full. But to cut it would surely be an unmitigated act of artistic vandalism because Still Corners excel when taking you on a hypnotic journey, a trip to some unforeseen point on a dusty horizon that promises new beginnings, adventure and infinite possibilities. And nobody wants that being cut short to be assaulted by incongruous radio ads featuring Michael Owen calling Harry Redknapp “gaffer” for reasons that will forever remain unfathomable.

Driven by Hughes’ crystal clear guitar lines and Murray’s seductive narcotic croon, this is classic Still Corners, a gorgeous glittering slice of swoonsome mystical “lost highway” noir that transports you to another time and space. Tessa explains, “This song is about leaving, lost love and finding yourself somewhere on the journey, really it’s about redemption. I recently drove 6000 miles across the southwest to feel the sun on my face and think. We used the dreamlike nature of the song to capture the landscape and a hypnotic feel to conjure up the long and lonely travel days.”

Read my interview with Still Corners on Under The Radar.com