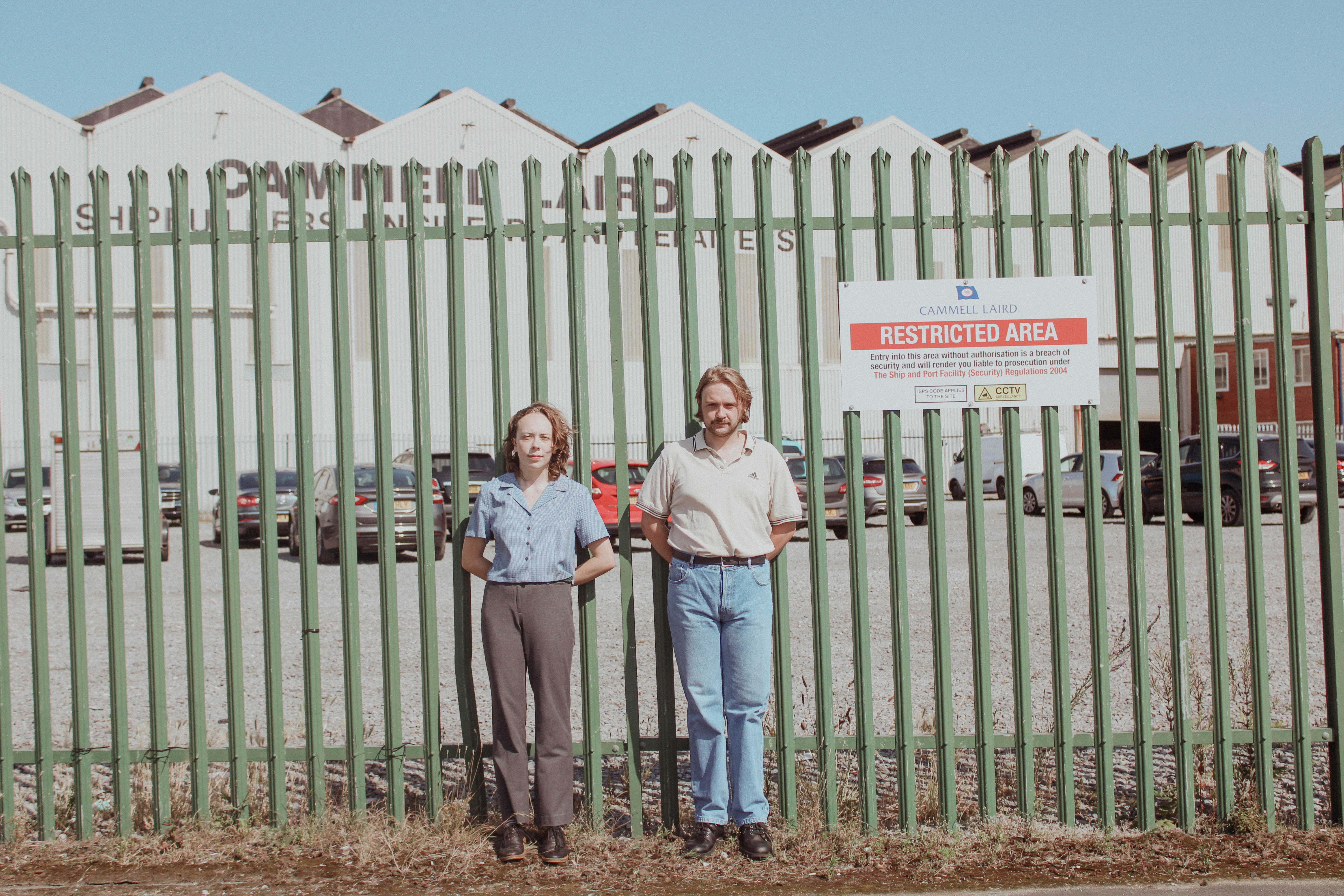 I’ve always said the best bands on Merseyside are bands that don’t really sound like they are from Merseyside. They don’t have a penchant for flammable jarg sportswear they aren’t obsessed with restrictive postcode music or weighed down by the fetid miasma of nostalgia.  And they don’t pander to egos or desperately seek approval from circle jerk scenes. Nope, instead, they follow their own narrative.  Stores are one such collective,  a band I first caught at the Future Yard festival which took place on the right side of the Mersey a few years back. Even though it was one of their early gigs the special musical alchemy between Sam Warren and Hannah Brown was apparent.

The pair met in 2017 at a time when both Brown and Warren were coming to the end of their current projects, Hannah And The Wick Effect and Jo Mary respectively. “My band wasn’t going anywhere, I didn’t know what direction I was heading,” says Brown. “Sam was at a similar sort of crossroads” “We first had the idea of just doing a small EP together, then that spiralled into Stores,” says Warren. The band went through experimental phases – for a short time operating as a seven-piece – but eventually settled back to Warren and Brown as co-lead singer-songwriters.

Their first gig was something of a surreal experience taking place in Russia when they and two other bands affiliated with Merseyside music collective Eggy Records, which Warren co-founded, were flown out as part of a cultural exchange organised by UNESCO, through which they were to be held up as an example of modern British music at its best. Eventually, they landed in Ulyanovsk on the banks of the Volga, best known as the birthplace of Vladimir Lenin, to an expectant crowd. “I think a few of the locals thought we were famous,” Warren remembers. “We were having press conferences and all sorts, before our first ever gig!”

“Bones” is their debut single from a forthcoming debut EP which has been a long time coming and demonstrates their idiosyncratic approach to songwriting and just how well their voices interplay over scratchy angular guitar riffs. It’s a track that has a sort of off the wall free-wheeling edge that could just as easily have come from a Brooklyn basement rather than arriving via a Ferry across da Mersey

“It’s not been a rushed project, we were definitely able to sit back, think about what the best plan was,” says Brown. “We’ve got so much faith in the songs and the potential they have, but then it’s just a bit of a waiting game. We’ve got so many songs in the pipeline and there’s so much that we want to do that there’s this impatience now to get this out so we can move on to more.”

“Lockdown was an advantage, but we’ve had these songs for two years now,” Warren concurs. “We’re excited to get back in the studio. We’re now finding what the band really is, knowing exactly what we want.”