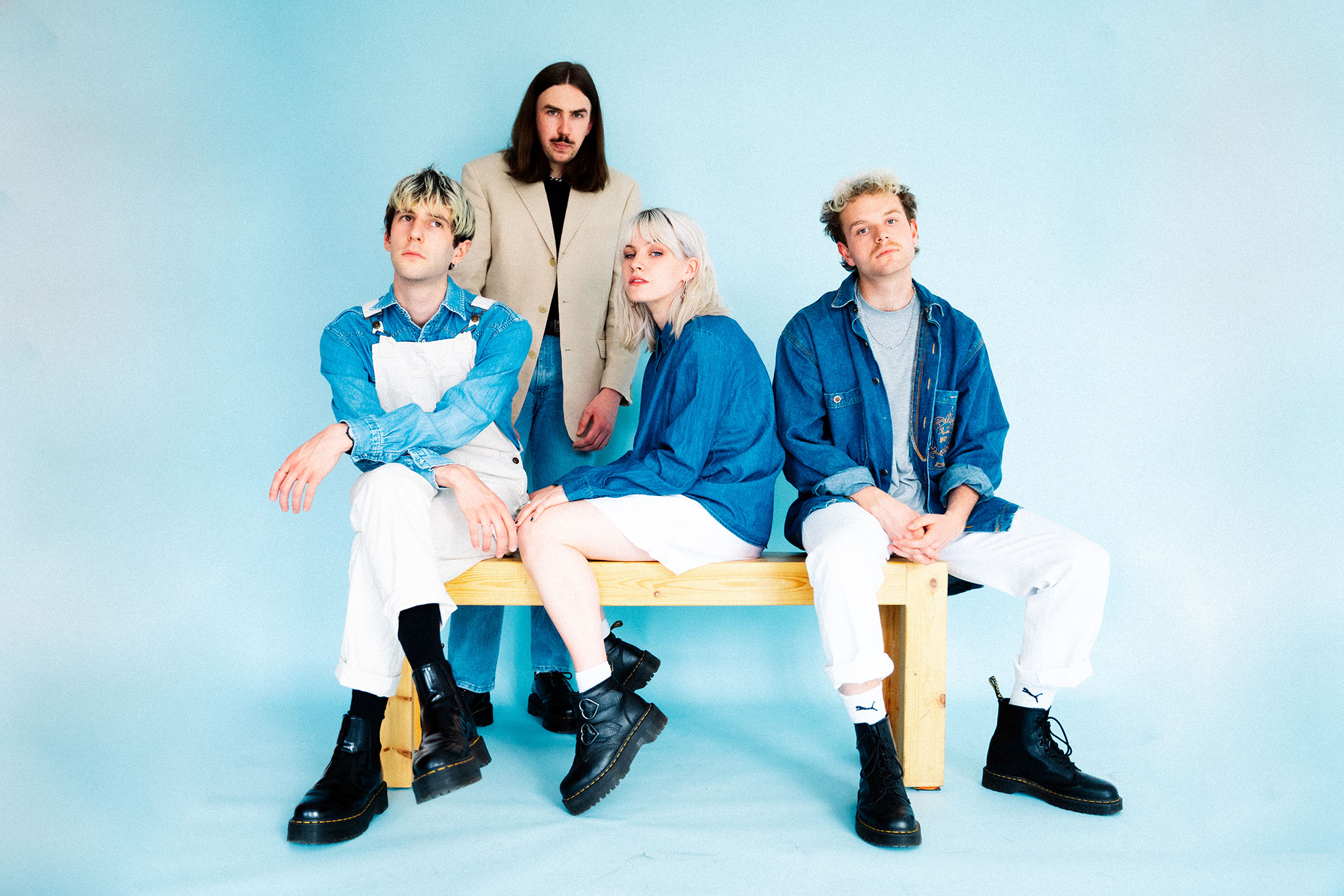 You can read my interview with Edinburgh’s swim school over at Under The Radar – HERE  where we discuss how the band has developed their sound during Lockdown. Their ear for melodic pop hooks remains intact but the indie jangle of their earlier work has given way to a more dramatic heavier sound. And their latest single “anyway” adroitly demonstrates how the band has developed and embraced that more expansive, widescreen sound. It’s a song of soaring emotion fuelled by grunge-fuzzed guitars and more hooks than a pre-Brexit Scottish fishing trawler.

It’s also a song that addresses the issue of trying to talk candidly about mental health as singer Alice Johnson explains:  To maintain a healthy mental state, we are advised to talk to others about how we feel, but that can be easier said than done as certain people might not feel confident in opening up. For the lyrics in “anyway” I wanted to highlight how it may be difficult for people to simply open up to others. It’s challenging to try to explain an unexplainable feeling to someone and expect them to understand what they are going through when they don’t even understand it themselves. The chaos of imagery in the first 4 lines of the chorus that is then followed up by the lyrics “you never notice it anyway” expresses that even though they are trying to explain what they are going through; they feel like the person listening doesn’t care nor notices. As mental illness is an invisible illness, it is easy to feel that others don’t care about your mental state when the case may be, they haven’t even noticed.”

swim school’s debut EP – ‘making sense of it all’ will be released via all digital platforms on Friday 13th August.