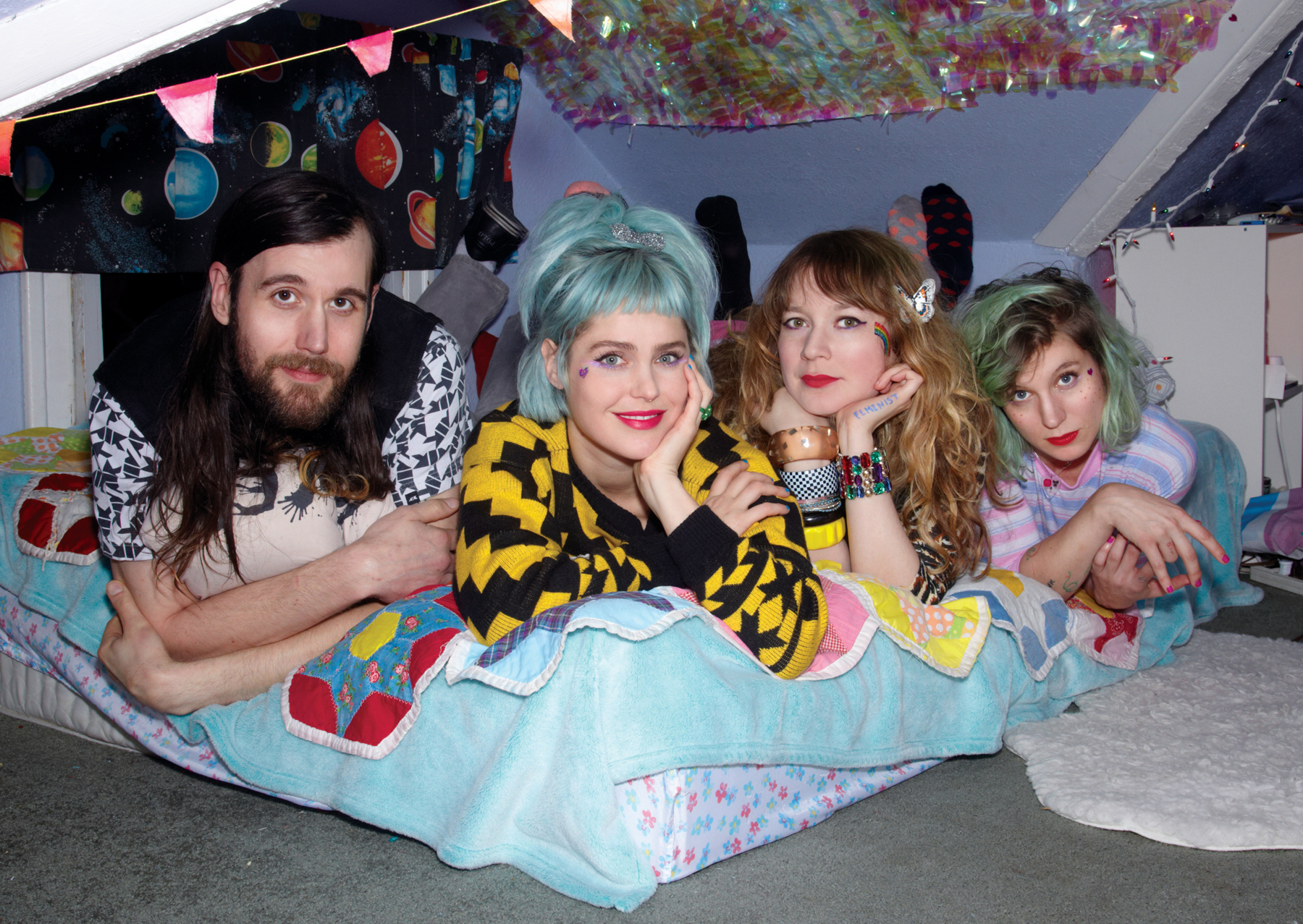 We arrived at the Tacocat party fashionably late, despite the band forming in 2007 it was 2014’s  album NVM that really brought them to our attention.  Wry, intelligent often caustic lyrics and buoyant  garage thrash with a side order of fast paced power pop would perhaps serve as a brief introduction for the uninitiated to Tacocat’s oeuvre, but delve a little deeper and you’ll find there’s much more going on. Upbeat melodies and music that sounds like the best time doesn’t  automatically have to be regarded  ‘fun but throwaway’ there’s a real substance  be found within the band’s effervescent  music. The band never lecture instead they make if feel more like a friendly arm being draped around your shoulder as they tell it how it is. It’s inclusive, its fast paced and it’s socially aware.   The band are credited with fostering a feminist punk scene which has an influence beyond Seattle and one that scoffs at the whole notion of the “girl bands”. There are just bands and everyone else. “Women,” jokes lead singer Emily Nokes, ‘they’re just like us’

‘I Hate The Weekend’  is apparently all about ‘ the bridge-and-tunnel bros who turn their neighborhood into a toilet every weekend”. Being from the UK, we didn’t have the foggiest who or indeed what the ‘bridge and tunnel bros’ is. So after a google we discovered that the ‘bridge and tunnel’ brigade is a pejorative term  used for hip daytrippers who at weekends arrive, get drunk and cause havoc within thriving artistic communities. The song also shows solidarity with service industry workers who have to serve these oafs!

‘I Hate The Weekend‘ is from Tacocat’s third studio album ‘Lost Time‘ which is released on 1st of April. They have also announced a string of UK tour dates, but as usual, there’s bugger all in the North of England.