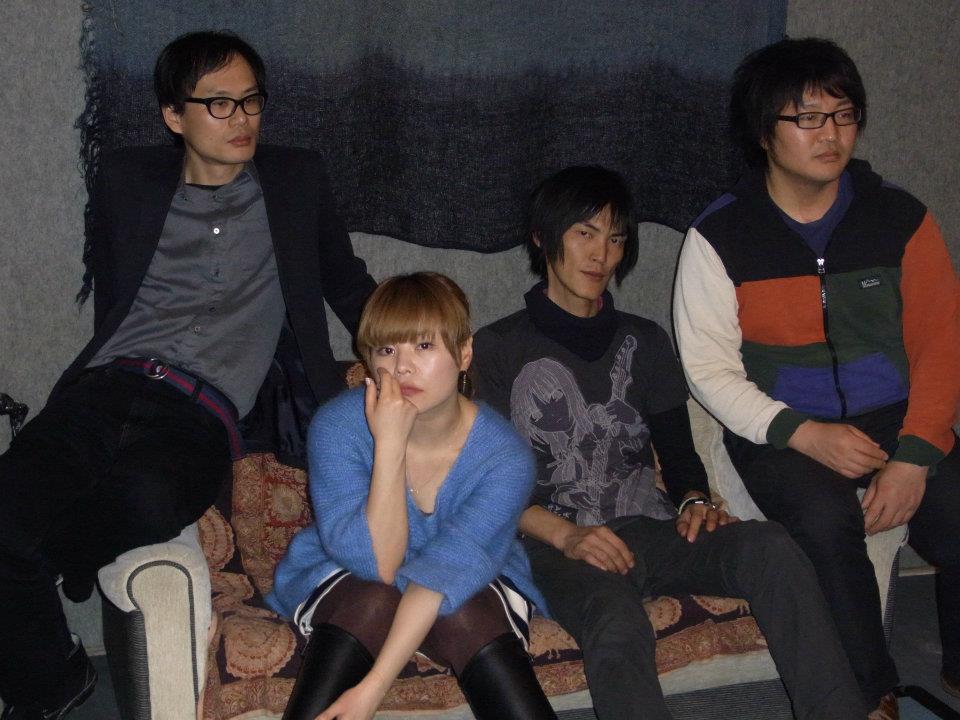 We first introduced Japanese Brit Pop exponents Taffy, back in March with their début single “So Long”. Since than they’ve released an excellent début album “Caramel Sunset” on Club AC30, been featured in many of the big UK music mags, and have taken a sound that has a distinctly British indie feel and made it there own. Instead of the arch smugness and “aren’t I ever so clever” attitude  that pervaded many Brit-pop bands (see Sleeper) Taffy do it with an impish charm that is hard to resist. They return with a new single “Flower Chain” which may not have been our obvious choice as a single (“=3” has to be the next single surely?) but still demonstrates what the band do so well, effortlessly cool indie pop with swirling  frenetically strummed guitars, a relentless beat all lightly dusted with Iris’s sugar sweet vocal.  A intoxicatingly good band, who will be bringing their energetic live show to the UK shortly ( see below.)