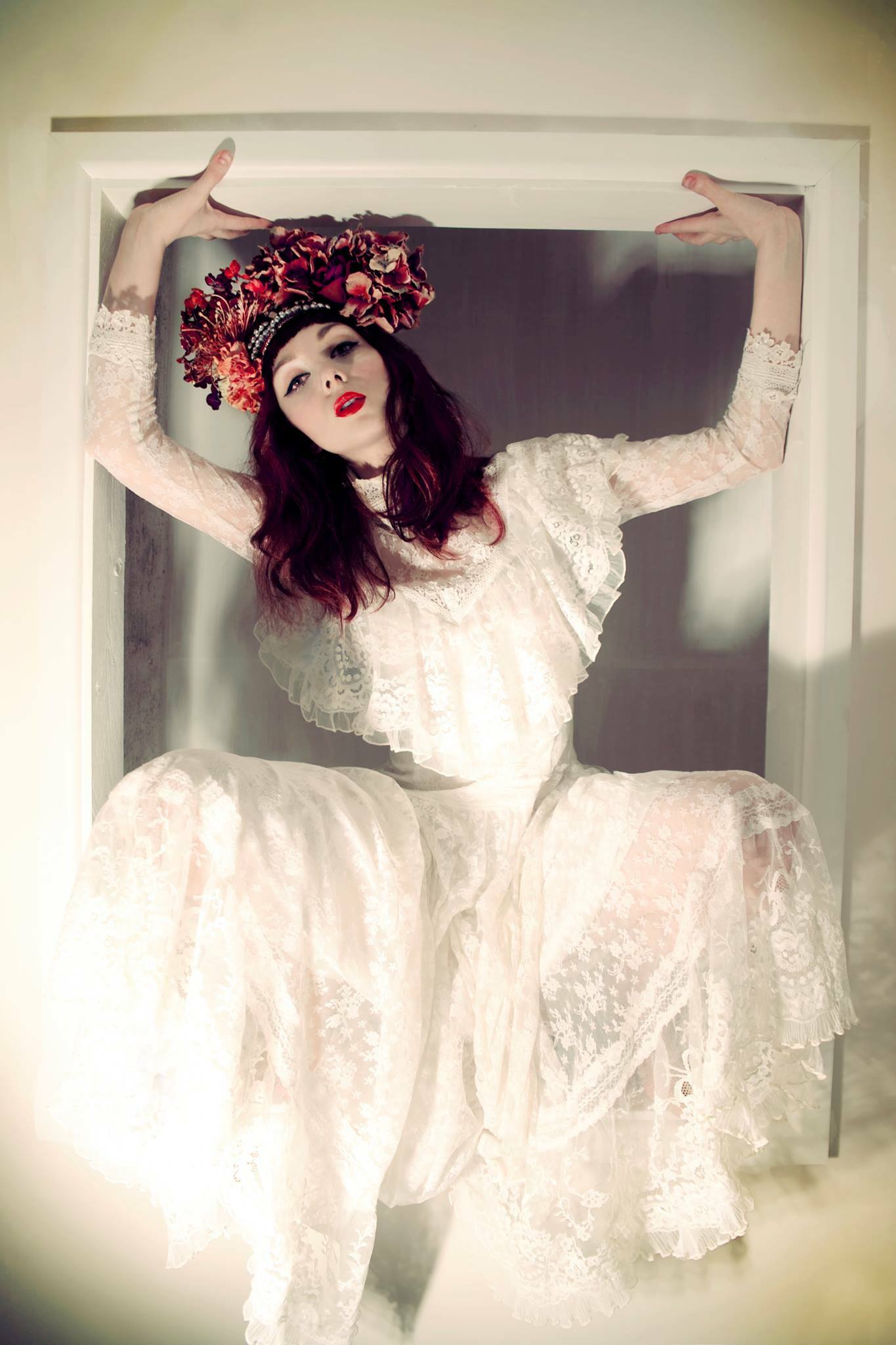 Way back in 2009, we featured an artist called Catherine A.D. who we described as looking and sounding like a fallen angel trapped inside a snow globe fashioned by Tim Burton, the bridge between the Gothic noir world of  Nick Cave’s nightmares, the sensual kookiness of Regina Spektor and the gentle siren allure of Sia – of sounding “‘like pirate radio for the heartbroken’.

Since then we’ve followed Catherine Anne Davies’ career with interest ( and even shared gluten free recipes!) Over the last few years she’s released a mini album ‘Communion’, a cover album ‘Reprise’ and experienced pretty much everything life can throw at you, whilst getting a PHD and seeing her scholastic work published by Bloomsbury Academic.

Musically she’s now back with a vengeance in the guise of a very exciting new project called The Anchoress. Her rather wonderful first single ‘ What Goes Around’ co-produced by Mansun’s Paul Draper is from an as yet untitled album, which she describes as being  “made on a wing and a prayer, lots of favours, one car crash, one death, one broken hand, and a lot of patience on so many parts. Stir in 3 jobs, 4 studios, 1 arrest, 3 pianos, 40 songs and 1 very patient engineer… and you get some way to understanding what a long road it has been…”  Its obviously been worth the blood sweat and tears on this evidence as her voice, which has been described as like drowning in a lake of black honey is sounding better than ever. In fact with The Anchoress she sounds like an artist reinvigorated, unshackled and armed with a fresh sense of purpose, whilst fans of Draper may discern a subtle “Mansun-esque” undercurrent in terms of the pace and rhythm of this song. Billed as ‘revenge pop’ (retribution rock anyone ?) this very much sounds like the start of something rather special indeed!