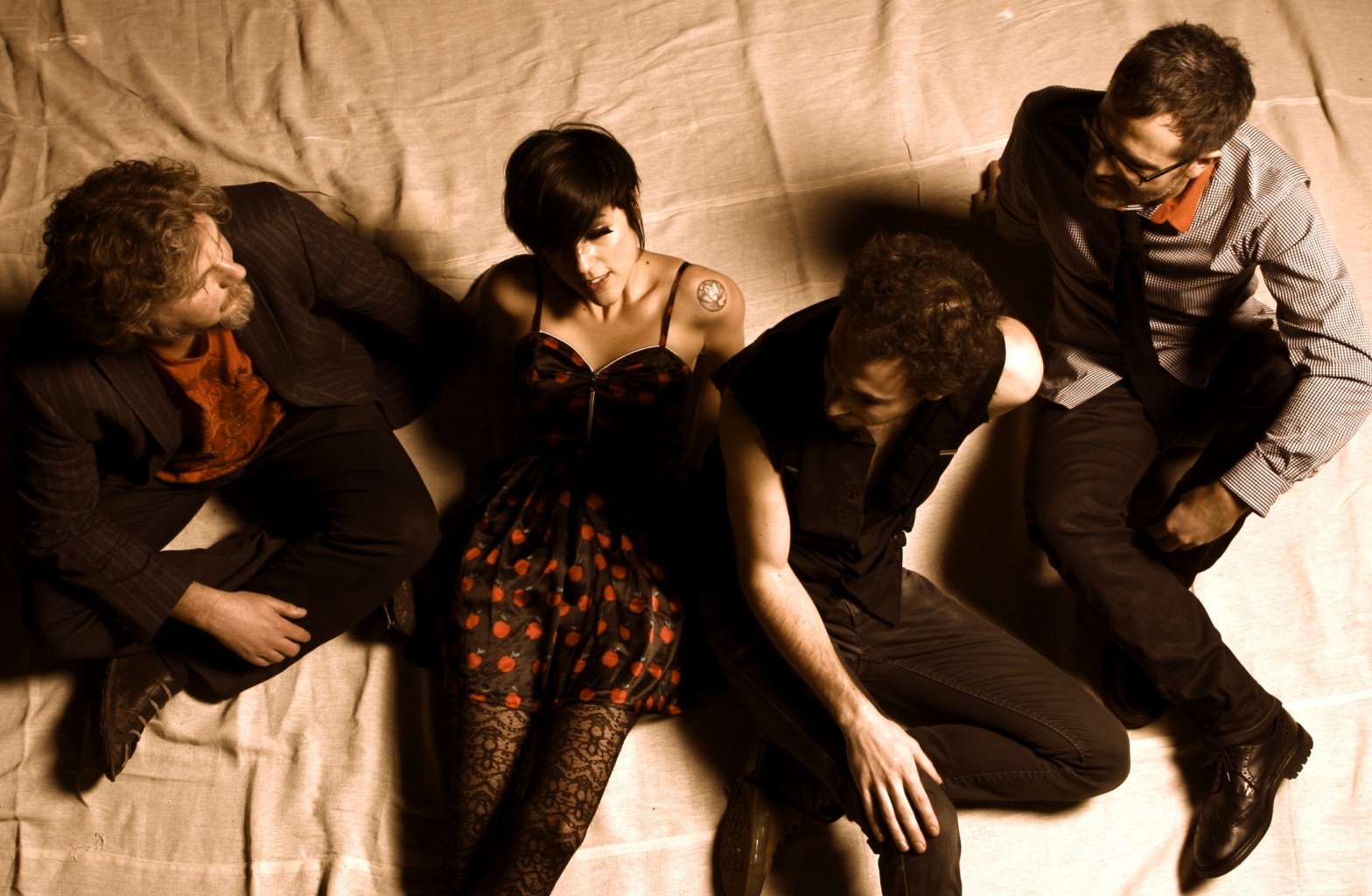 There was a time , before Oasis dragged their hairy knuckles and lumbering pub rock out of the snug and transformed it into the staple diet of corporate arena rock , when some of the most interesting guitar pop had female singers whose mellifluous vocals  floated over coruscating, sun spangled guitars. A time when all was well in the world, before boorish Neanderthal lad rock spawned landfill indie and innovative guitar music went on an indefinite hiatus.

The Cellophane Flowers remind us of those carefree days and today’s track “Rock N Roll” from their forthcoming début album “Staring At The World” covers all our musical bases, reminiscent of the melodious fizz pop of The Darling Buds or The Primitives and charged with  sparks of psyched out shoe-gaze edginess.  It’s a song that swirls around you before building up to a euphoric, ear-gasmic crescendo. Hopefully their album, which they’ve just  finished recording and mixing with Dave Allen (The Cure, The Charlatans, Human League) will contain plenty more tunes like this beauty.