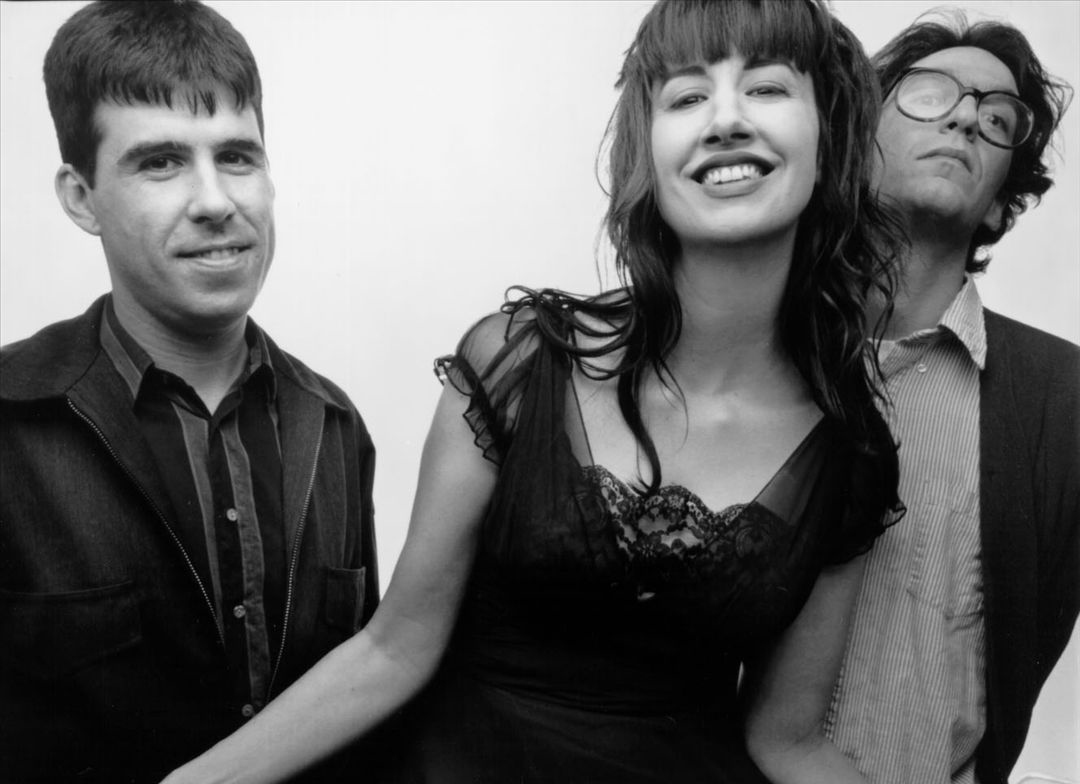 Back in the 90’s we developed a bit of a crush on Muffs singer Kim Shattuck after discovering the band via a guilty pleasure teen movie soundtrack.  Her throaty grunge roar and speedball power punk tunes soundtracked many surreptitious air guitar sessions and ill advised attempts at pogoing/moshing.  And so of course we were delighted to learn that the Muffs are set to return with a brand new album, their first for ten years which will be released via the excellent Burger (US) and Cherry Red (UK) record labels.  We’ve not heard the album yet but based on today’s Track Of The Day ‘ Weird Boy Next Door’ it appears  not much has changed, yes we still have that crush, the band sound as if they’ve never been away, although perhaps the big change is Old Father Time has caught up with us and we’re not sure if we could manage  any moshing or anything more energetic than foot tapping and head nodding.

Not so with Kim, who it seems has retained her youthful energy and zest and still throws herself headlong into the music.  Quite literally, so much so that it seemed that such enthusiasm was partly responsible for her leaving The Pixies after briefly touring with them following Kim Deal’s departure. Rumour has it she was a little too punk rock for Frank and the boys and was given a dressing down by the bands manager after hurling herself into the crowd at one gig.  She was then given strict instructions not to do it again.  ‘Really’ she asked, ‘for my own safety?’  – ‘No,’ he replied ‘because the Pixies don’t do that.’  We can see the logic in that given the potential lawsuits resulting from injuries should Black Francis decide to fling himself upon the crowd like a huge fleshy wrecking ball… but come on.  Is this not rock n roll?

Although Kim insists there were no hard feelings Frank’s comments in the aftermath could be described as’ prickly at best –  ‘Oh you’re shifting something in your world – we demand a statement-  I’m not the mayor; this isn’t the bus service for a town.  This is a rock band.  – There’s been a shift in the line-up, big whoop-dee-doo… as far as we’re concerned it ain’t that big of a deal.”  (A Kim Deal ?)

Interestingly The Muff’s new album is called “Whoop Dee Doo” – make of that what you will but The Pixies loss (and it WAS a loss) is our gain, as Kim and The Muffs sound like they’ve never been away. Whoop-dee-doo indeed!