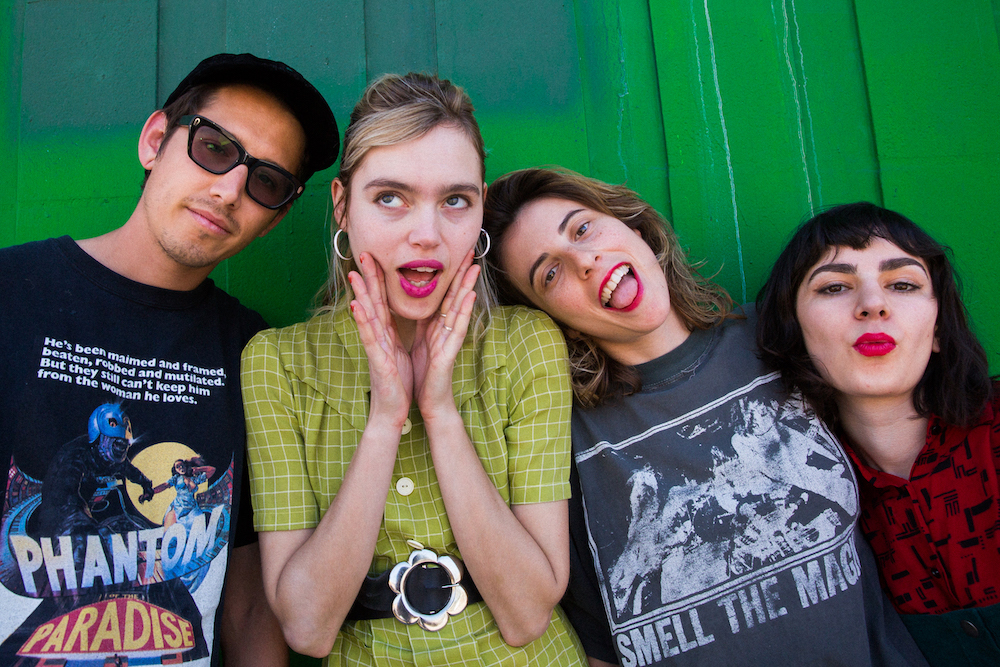 “Barbed wire on the fence /doesn’t make any sense
why should I want to keep/  cool shit away from me” sings Staz Lindes vocalist and bassist of L.A’s The Paranoyds on their latest single ‘Carnage Bargain.’

This isn’t the bands vision of some sort of dystopian future but  very much what is happening now in America under the bloated orange fuckwit’s presidency (“Ever since he’s been crowned / all I see are orange clouds.”) It’s a swirling psych-punk  anthem in which Lindes’ initial sense of ennui is  quickly replaced by rising anger that rails against the powers that be who are currently royally fucking up the world, as she explains :
“We cannot get through a day without thinking of the thousands of migrant children in cages at the border alone, some without proper beds, soap, toothbrushes, and with lights on 24/7. We can not continue to ignore the black lives, young and old, taken by police almost every week. The plastic crisis.  Sometimes I can’t sleep and I wonder: do they sleep well in the White House? What else can I do as a privileged citizen? “They want to get a Carnage Bargain. I want to pick up garbage”

Even the band’s name is a kind of ironic take on the state of the world – “Our lives are completely tracked and programmed, our extension of ourselves is a handheld computer with a microphone and camera that stays on while were unaware, and, on top of everything, the extreme right is gaining continuous world power, What isn’t there to be paranoid about?”