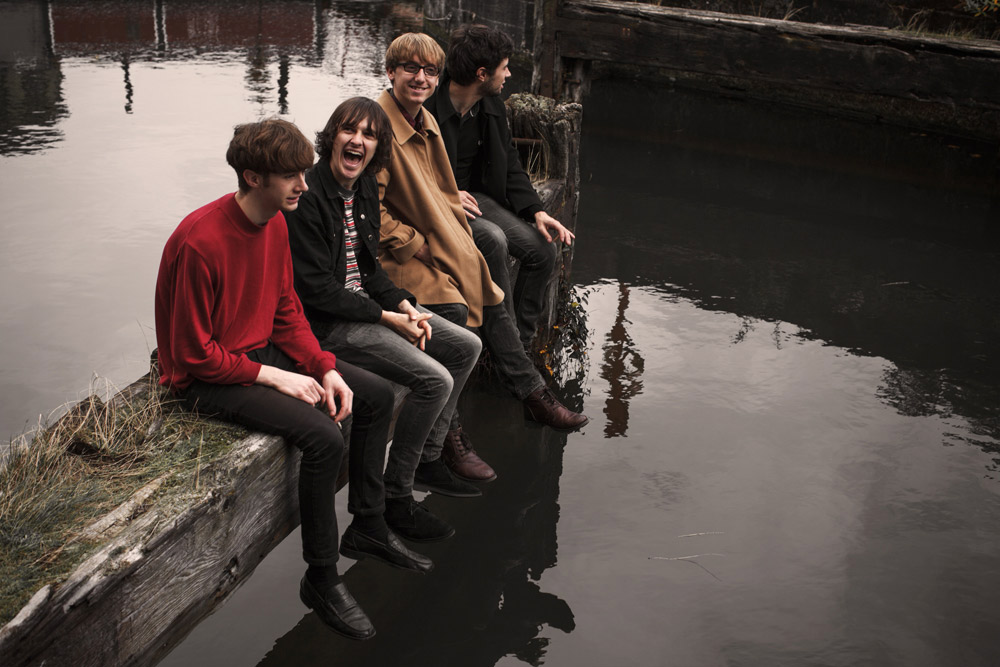 Towns were one of the bands upon whom we stumbled at Liverpool Sound City last year. Their frantic, explosive performance and swaggering mix of shoegaze guitars, rock n roll sneer plus baggy drumbeats combined to leave a lasting impression.

‘Marbles’ is the first song to emerge from their début album ‘Get By’ (released on  May 2014 on Howling Owl Records) a prodigious psyche infused squalling post rave guitar anthem.  It also manges to capture the energy, and swashbuckling nature of their live set.

The band state they see the visceral excitement of rock ‘n’roll as a way to escape the everyday humdrum of growing up in Weston-super-Mare and they “believe in the beauty, glamour and power of ‘proper’ pop music.”

Amen to that – catch them live at the following dates