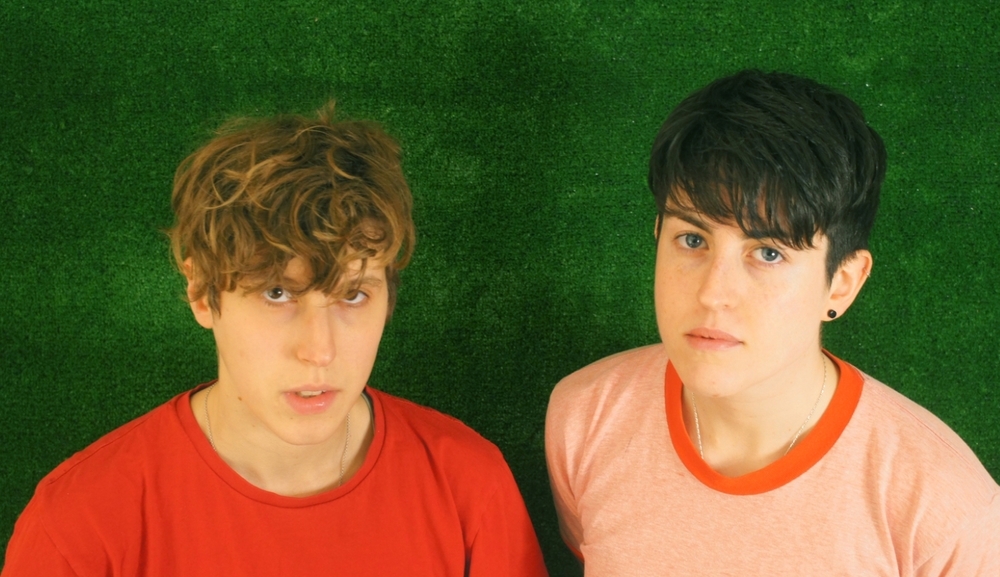 We first stumbled across Tuff Love, via our own admiration for another Glasgow based band, Sharptooth. In fact it’s amazing just how large a part of our record collection consists of music written and performed by our Scottish brothers and sisters. Tuff Love are Julie Eisenstein (guitar, vocals) and Suse Bear (bass, vocals) who write infectious blissed out lo fi indie guitar driven pop of some distinction. Our first reaction may have been something along the lines of  ..’if The Breeders had been Scottish’…  Last years debut Ep ‘Junk’ saw them pick up plaudits from the Guardian, 6 Music , and they also played the likes of Glastonbury, T in the Park and Wickerman, pretty good for a band who recorded their entire debut EP in their bedroom. Today’s track of the day ‘Slammer’ has been floating round the net since about October as well as picking up plays on 6 Music.  It the first single to be unleashed  from their second EP ‘Dross’ via Lost Map Records. The entire EP is due for release eight days before Pancake Tuesday, or the 9th  of February if you prefer.