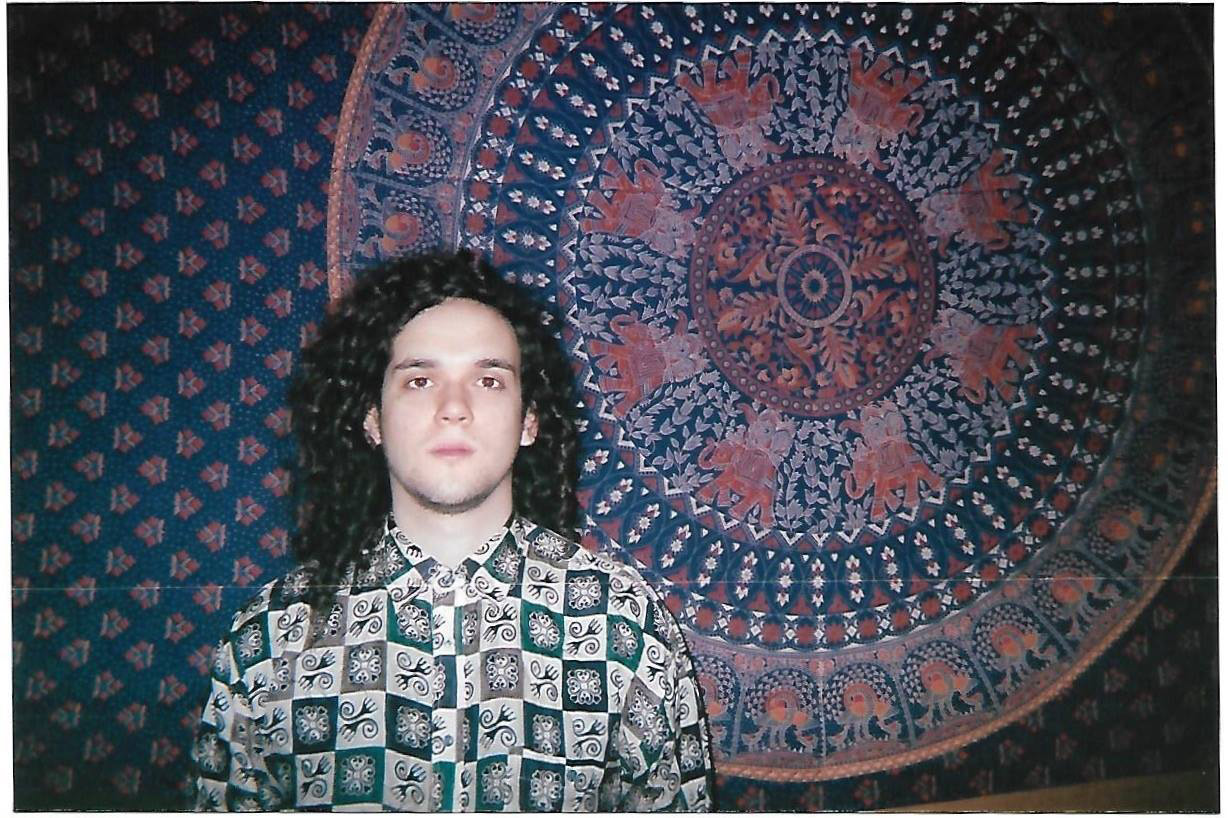 Normally a “track of the day” is exactly that – a track, however today there’s a hat trick of tunes involving Veda. Which apparently is the musical project of one Dominic Antonio Sepúlveda a multi-instrumentalist who is based in Birmingham.  That’s pretty much all we know, other than he’s very very good and he calls Veda his “goth pop project.”

‘Sweetheart’ sounds like a lost classic from the 90’s residing somewhere between Ride and Sonic Youth. He describes the idea behind the song as wanting “to inspire a feeling of nostalgia for those hazy, youthful summer days, chillin’ with homies, watching the sunset on the grass, being young and unsure of what the future holds but it doesn’t really matter, cos you’re living in the moment. It could easily be the soundtrack of a cheesy 90’s teen flick.”

His latest track ‘5-HT’ again demonstrates his knack for writing wistful evocative effecting dream pop with both tracks forming part of his ‘Sweetheart’ Ep  which is out on  April1st  via Birthday! Pre-order here – https://vedawave.bandcamp.com/album/bdiy-009-sweetheart

And if you want yet more evidence of his talents check out his collaboration with James Katy, below which really is extraordinarily beautiful. Now the complicated bit – apparently James Katy was formally known as Betty Kills who is actually Liz Gavillet who is a multi-instrumental pop/indie rock musician based in LA. She also founded and ran Chicago indie record label, Good Bear Records, and currently spends her time writing and collaborating with artists. Ok?