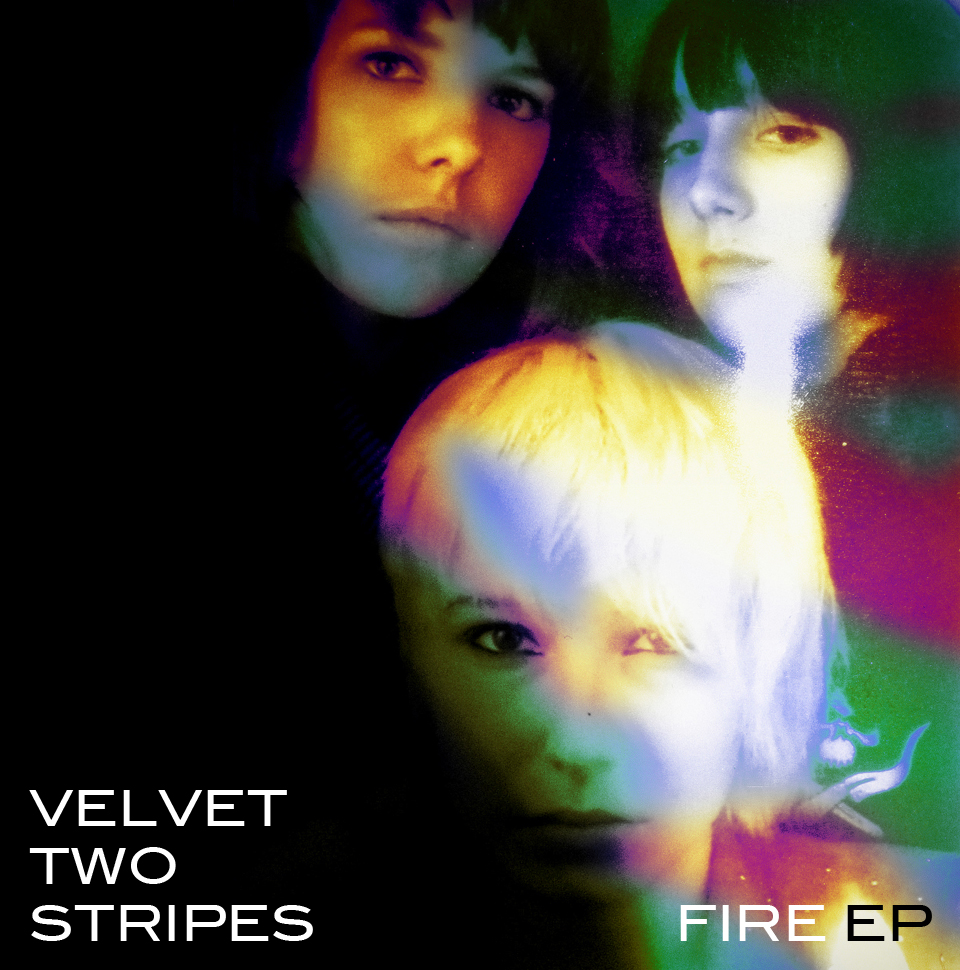 Having been one of the first UK blogs to write and interview Velvet Two Stripes, tipping them for BBC 6 Music and presenting them with one of our famous “Pipster” awards last year,  we are obviously delighted by news of their announcement of their first official UK release.

Their 4 track ‘Fire EP’ is set to drop on 20.5.2013 with the lead track ( somewhat unsurprisingly  called ‘Fire’) sounding edgier than a Swiss Mountain ledge.  Sophie’s fabulous vocal simply oozes a bluesy uncontrived cool that makes bands like Deep Valley sound about as well versed in sexy rock n roll sleaze as Hilary Duff upon taking vows of chastity, celibacy, and obedience in homage to the great Disney God.  ‘Fire’ is all we could have hoped for, and is stoked by yet more of Sara’s amazing incendiary guitar riffing, her incredible ability belies her youth and she is quite clearly one of the best guitarists we’ve encountered in recent years. With ‘Fire’ the Swiss trio once again demonstrate that Velvet Two Stripes are a force to be reckoned with.