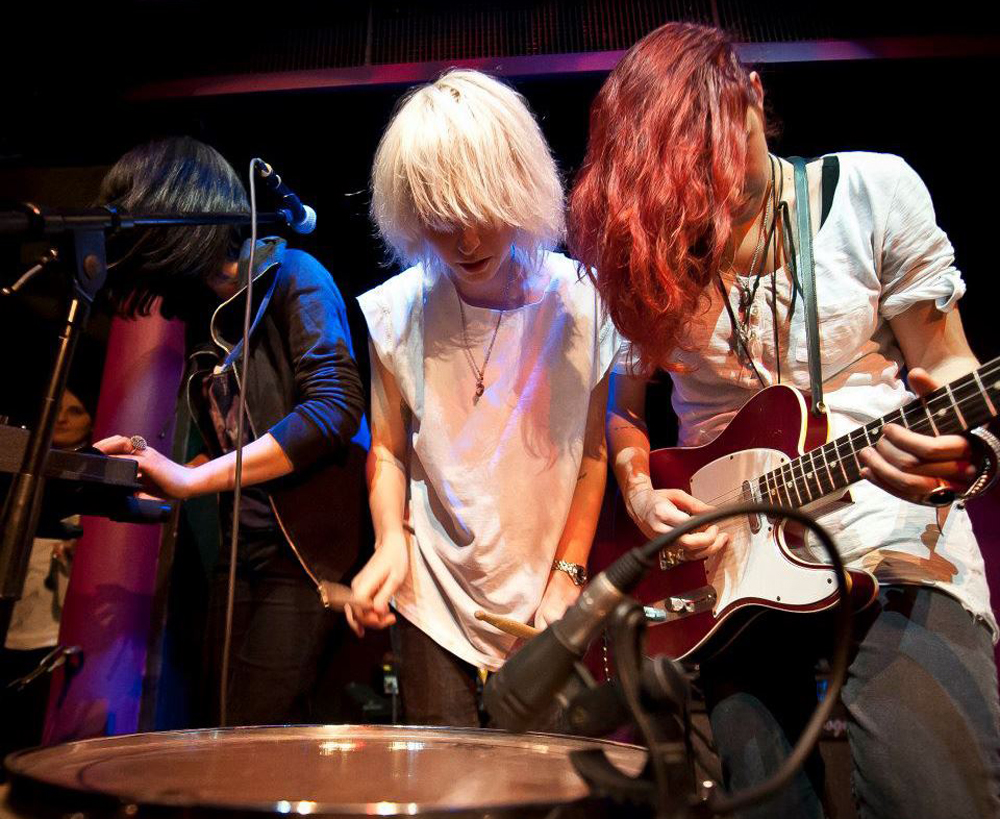 Velvet Two Stripes, it’s all in the name , maybe. The cool of the Velvet Underground, the driving blues riffing of Jack White plus the insouciance of the Ramones all shine through on “Supernatural” a dirty, sleazy, sexy, prowling curb crawl of a record.   They hail from Switzerland and in February 2011  after  Franca and sisters Sophie and Sara had been arguing for hours over who from BB King, Janis Joplin or The Ramones was the greatest, they decided to form the ultimate rock band.  We won’t get involved in that argument as we could be here all day, but one thing’s an indisputable fact,  with “Supernatural” Velvet Two Stripes have managed to produce one of the most  visceral, dirty, genuinely head fuckingly cool tracks of 2012. Filthy genius ;)

3 thoughts on “Track Of The Day – Velvet Two Stripes – “Supernatural””