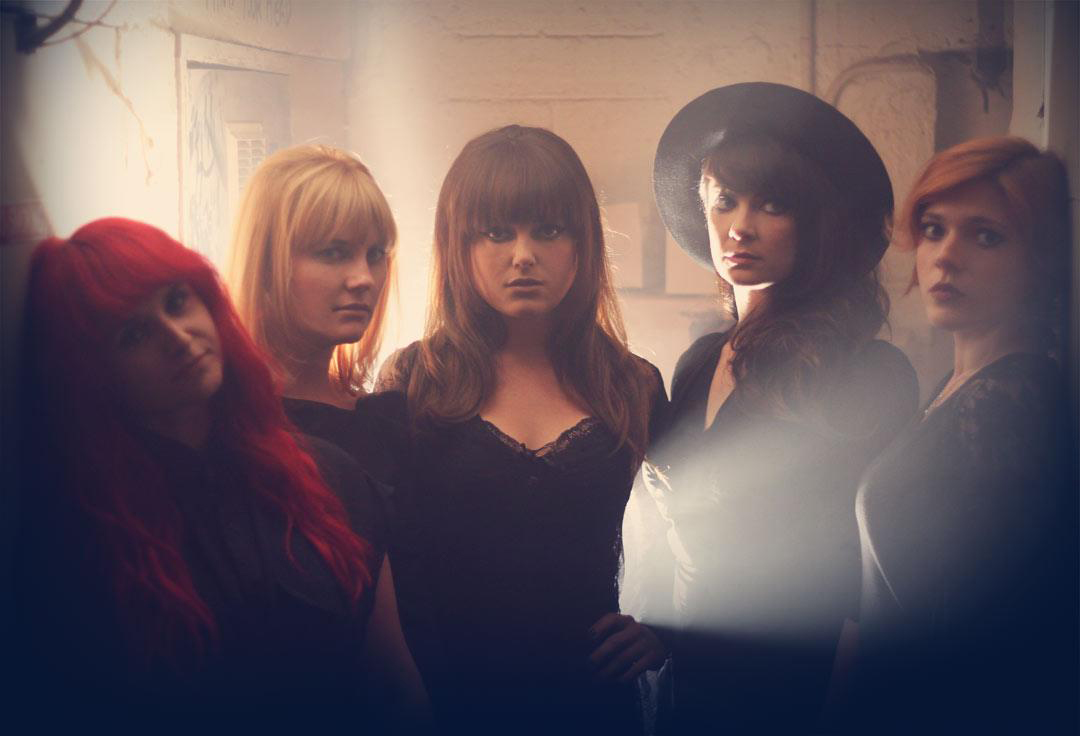 Here’s a video exclusive to brighten your Monday morning.  It’s from Dublin based all female noise pop quintet September Girls, and heralds the bands new 7” single ‘Talking‘ released by the Cork based label Art For Blind.  The video itself is animated by artist and sometime September Girl Leigh Arthur who mixes a Powder-Puff Girl aesthetic, B-movie monsters with a wigged out early 70’s Halas & Bachelor pop vibe.

We’ve previously described the band as something akin to what The Bangles, minus the sunshine produced by The Mary Chain may have sounded like and ‘Talking’ has done nothing to disabuse us of that view. The band still employ their trademark distant ethereal layered vocal harmonies, driving surf beats and trippy swirling 60’s korg,  but this time around there’s a slightly darker vibe which mixes the sinister Gothic tones of The Black Belles with “Girls In the Garage” style vocal arrangements.  The equally wonderful ‘Some for Me’ backs the single and it’s yet another winner from the ladies from the Emerald Isle.  ;)

The band are set to release their début album in the summer of 2013 but in the meantime check out the new video and tunes and read our interview with ’em from 2012 HERE.