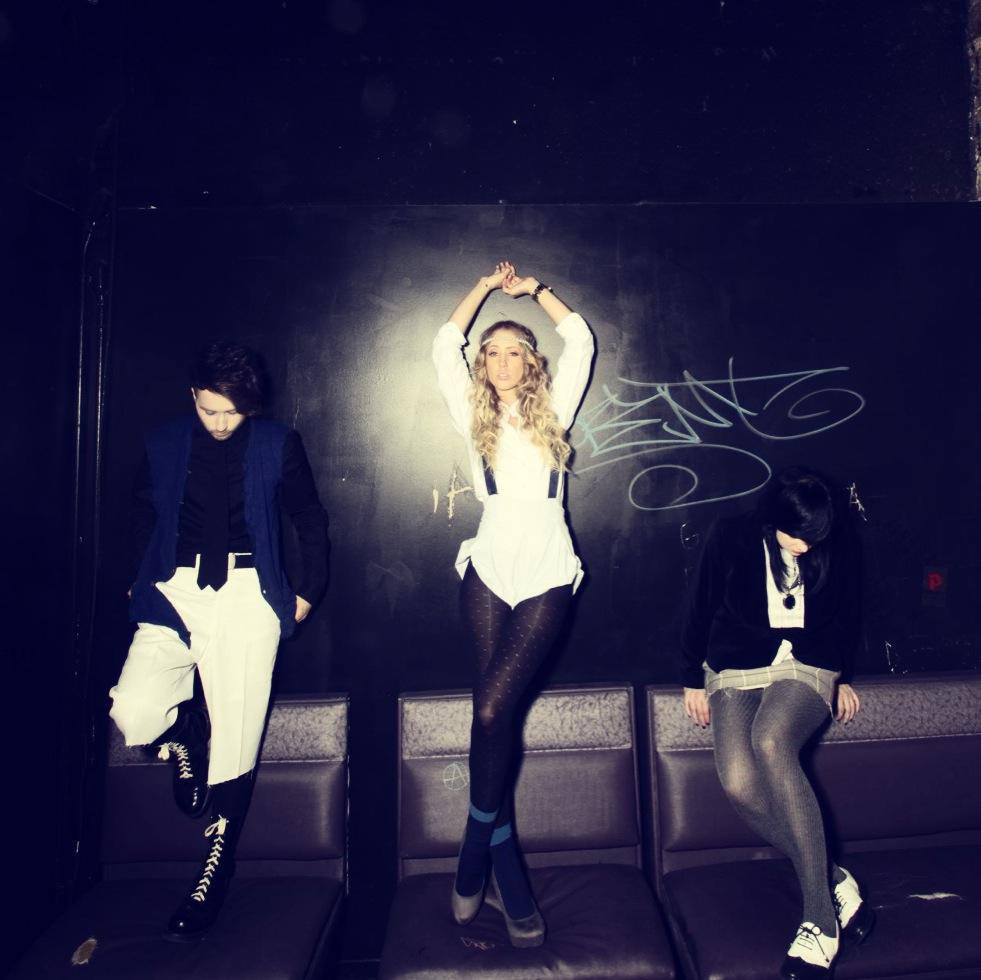 It’s been on one those weeks, no matter how hard we try we just can’t seem to glean much info on some of the new music that’s reaching our ears.  Take VIYE for example, we have managed ascertain only the bare bones of the band’s story. We discovered they are based in Atlanta and that they initially consisted of Janey Criss and Jessi Monroe who decided to write some songs together. It went well. They then recruited Alec Yeager, who on the evidence of the promo shots, looks like a rather stylish New Romantic refuge from the Baseball Furies – [See Warriors movie] You’ll also note the band look good, in fact the look very good, indeed, but before we get distracted and hot under the collar lets address their music, do they sound as good as they look?   Well we’d suggest on the evidence of the songs the answer is an unequivocal YES!  VYIE produce perfectly realised electronic pop, with a vaguely haunting melancholic edge.  Sounding like a sexier more sinister, ethereal  Warpaint, there’s something utterly beguiling about their sound which ebbs and flows with electronic pulses, echoing synths, sleazy bass lines and celestial harmonies.

But what do they have to say ? Well,  they call it death pop , which is better than dream-pop which seems to be the prescribed label for any band with slightly floaty  female vocals fusedwith left-field electronica these days and go on to explain  “The goal of VYIE on record is to take each song forward, into and through various methods of design. The goal of VYIE live is to take each song backward, beyond technical construction and artistic conception, in order to explore each meaning attentively and thematically with others. ”  So now you know!